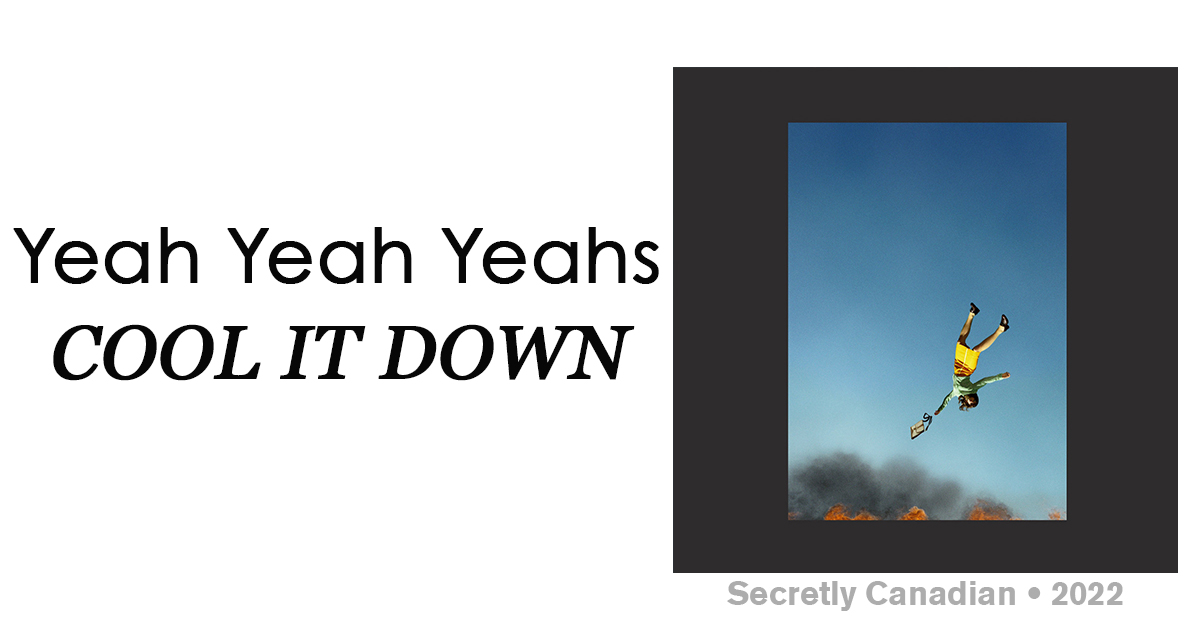 New York indie rock pioneers Yeah Yeah Yeahs are back with a new studio album titled “Cool It Down” which will be their first record in nearly 10 years.

Yeah Yeah Yeahs burst onto the scene in the mid-2000s. Not much was known about them at first except that they formed in New York City. And you know what they say. NYC is the greatest city in the world. I would know firsthand as someone who’s lived here for almost an entire three months.

Sure, I may have never actually set foot in an international metropolitan area before for comparison, but I can assure you that this city is the greatest one on Earth. Except of course for Times Square. If you ever visit here, absolutely do not go to that tourist trap.

So, to recap, New York is the greatest city, not counting that one place with all the huge TV screens yelling at you. Also, not counting the 15-block radius surrounding Times Square obviously. Well, that and Staten Island. Can’t forget that one. While we’re at it, throw out 75% of Queens too. Also, the Bronx. That’s where the Yankees play. Go Mets!

The Statue of Liberty and Rockefeller Center can indefensibly go fuck themselves too. Not to mention the Empire State Building, Flatiron Building, and One World Trade Center. Just avoid tall buildings in general. Never know when an air conditioner is going to fall out a window and instantly kill you.

Also, stay clear of all apartments. They’re inherently cramped and infested with cockroaches, rats, and bed bugs. Public places are a no-go too. They’re flat out dirty as hell.

Did I miss anything? Oh, avoid most of Brooklyn. It used to be cool but it’s gotten gentrified ever since I moved there six weeks ago. Can you believe apartments used to cost as little as $4,000 a month in Bushwick before those good-for-nothing gentrifiers moved in? Now I can barely afford brunch using my parents’ credit card. Soon I’ll be displaced from my loft and be forced to relocate to Manhattan proper. Ugh!

Anyway, besides those places, New York is clearly the greatest city in the world. It’s got everything you could possibly want, like restaurants, bars, and at least one park. You know, stuff other cities don’t have.

In conclusion, the Big Apple spawned the Yeah Yeah Yeahs, so that’s one thing it’s got going for it.

Score: 10 out of 10 pizza slices folded symmetrically in half.