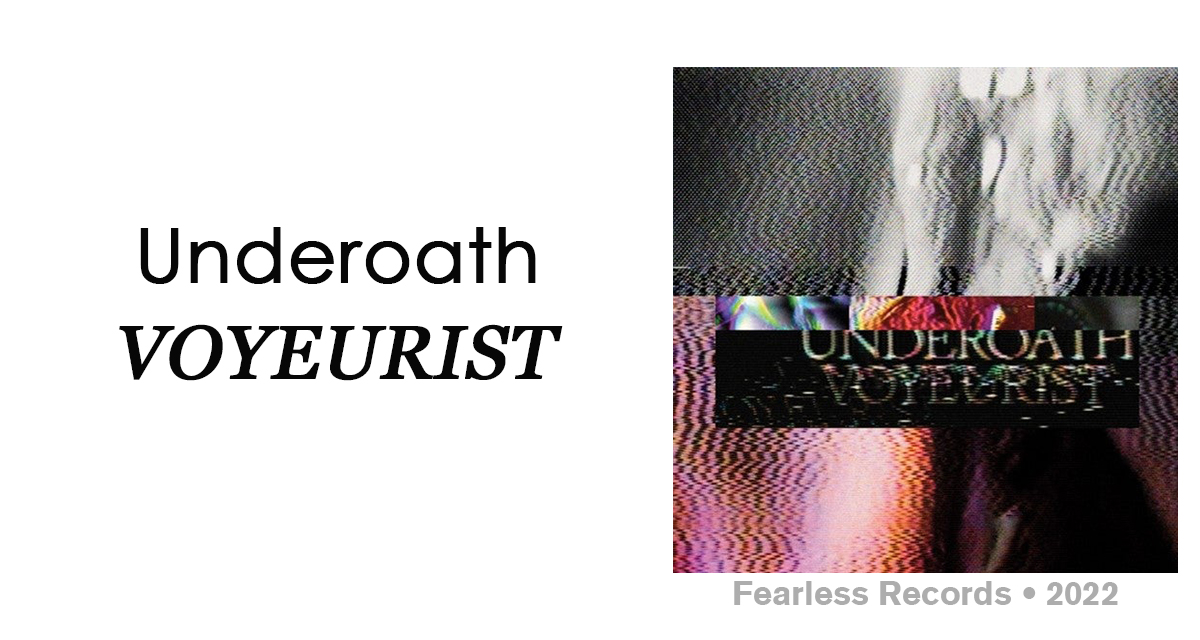 Underoath are one of the few post-hardcore and metalcore bands from the 2000s who have only gotten heavier with age. They continue to push their limits with their 9th studio album “Voyeurist.”

As far as I know, Underoath has never been in a court of law as suggested by their name. Well, that’s about to change as I sue their asses for using my life story without permission all over “Voyeurist.”

There is a mountain of evidence that this album is about me. Let’s take a look at the third track: “I’m Pretty Sure I’m Out of Luck and Have No Friends.” You basically have my autobiography right there in the title. I can’t tell you how much money I’ve lost at the Brony track, where I bet on who will win that pageant at Brony conventions. I always lose. So yeah, I have no luck. And I think it’s a foregone conclusion that I don’t have any friends whatsoever. This will be incredibly simple to prove to a jury.

How about the album title “Voyeurist”? The few people who do know me are mostly my neighbors who complain about the fact that the telescope in my bay window points directly into their bedrooms. I wish they would understand that I’m simply trying to determine the thread count of their bedsheets; I’m no perv. But people shout things like “Peeping Tom,” “creep” and the one English Professor I live near is always yelling “voyeurist” at me every day when I walk to my car! And don’t even try searching my name on the Nextdoor app.

If that weren’t enough, there are so many other songs on this album that are taken directly from aspects of my life. It’s absolutely shameless.

“Take a Breath?” Believe it or not, I breathe every single day of my life.

“(No Oasis)?” I will famously put a bullet in any jukebox which starts to play “Champagne Supernova.”

Come on Underoath, just admit that you’re totally obsessed with me! Hell, maybe the title of the album is about the band’s fixation on me. Maybe they’re watching me right now, waiting for my next move to inspire a new song… Let’s just say if I ever see a new Underoath single called “Cooking Grilled Cheese With My Dick Out”, you’ll hear from my lawyer REAL quick.