Review: Touché Amoré “…To the Beat of a Dead Horse” 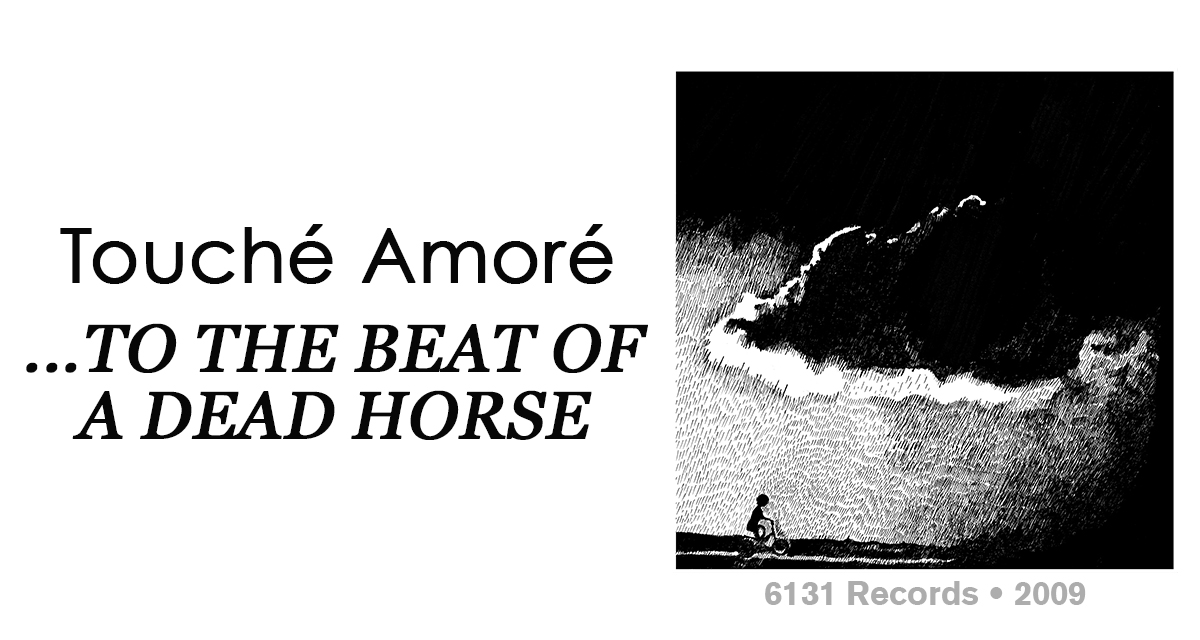 Each week The Hard Times travels back to review an album from the past in order to satisfy our need to judge others’ creative works. This week we’re heading back to 2009 to review Touché Amoré’s debut studio record “…To the Beat of a Dead Horse.”

This album is such a vibe. It combines elements of post-hardcore, screamo, and that feeling you get right after you high-five your best friend. Not to mention nearly every song clocks in under two minutes. That’s such a sight for sore ears.

It reminds me of my brief stint with the band LCD Soundsystem back in the 2000s where just about every single one of our songs was well over six minutes long. That’s straight-up perverse. No track should ever last longer than sex. That’s clearly something Touché knows well.

Anyway, during LCD band practices I would always suggest that maybe we try writing a song that’s a more audience- and radio-friendly length. You know, like three minutes tops. That seemed to rub them the wrong way. I think the singer’s exact words were, “dude, you’re just the merch guy’s cousin.”

Like, so? I wrote the sign that shows all the prices of our merch all by myself. I think I’m more than qualified to write a song too. How hard could it be?

I don’t think they took kindly to my suggestion because they then went out and wrote “Dance Yrself Clean” out of spite. That song is nearly nine minutes long and clearly, a diss track to their trusted merchandise ambassador’s third favorite relative.

After I found out about the song length, I recommended that the group just divide it into three separate tracks to get more bang for their buck on the record. I think the synth player’s exact words were, “how the hell did you get in here? We have multiple restraining orders against you.”

The nerve, right? Just because they see me as a “threat to their personal well-being” doesn’t mean my input isn’t valid.

I just love that Touché Amoré made an album I always wanted LCD Soundsystem to make. Hope you’re reading this, James Murphy.