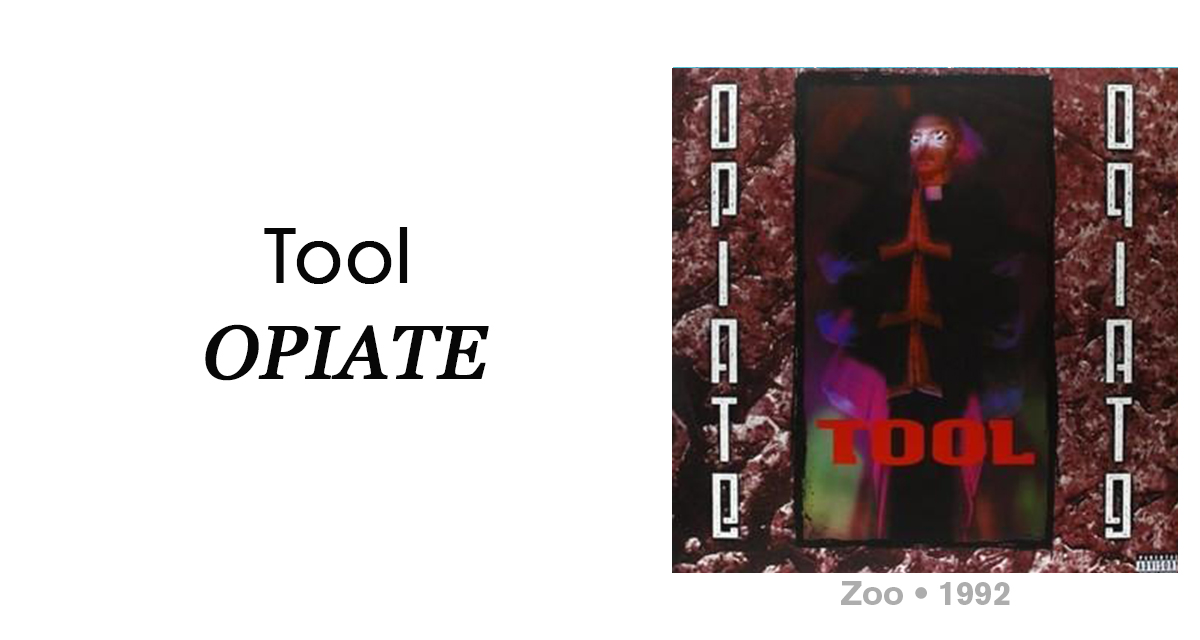 Each Sunday, The Hard Times travels back and reviews a notable album from the past. This week we cover “Opiate,” the 1992 EP from Tool.

If you had mentioned Tool to me a year ago I would have assumed you were talking about a hammer, but in the last four months Tool has become one of the most defining and inescapable bands of my waking life. This is the fourth time I’ve listened to “Sweat” today, and it’s only noon, and it’s all thanks to my teenage son for getting “Opiate” jammed into my car’s CD player right before police sent him to a youth detention center for trying to light endangered birds on fire.

Clayton was sentenced to 16 months at Crossroads Juvenile Center but it seems like I’m the one doing time. Just once I’d like to drive to pilates without Maynard asking “Why don’t you go fuck yourself?” and calling me a “Piece of shit.” Sure, I’ve thought about switching to the radio or even buying a new car altogether, but it’s of no use. Once you’ve listened to something enough, it becomes its own kind of tinnitus.

The first time I heard “Opiate” I assumed it was a Christian rock group because of lyrics like, “Jesus Christ why don’t you save my life now,” and “My God’s will becomes me when he speaks.” I was almost convinced all those times we dragged Clayton to church kicking and screaming and threatening to kill us in our sleep had paid off, but then the song ended with Maynard and Jesus planning to rape someone and I realized I was in for a long ride to work.

I relish the stolen moments between song changes and imagine something more wholesome playing, like Karen Carpenter of The Beach Boys, but then the chaotic baseline creeps in and a strained voice starts loosely outlining the ideals of Marxism, and I’m hurdled back to reality. Sometimes I wish Clayton had jammed his Papa Roach CD in here instead.

Last week I pulled up to my great aunt’s memorial service while “Jerk Off” blared from the car windows and I realized my life could be separated into before and after “Opiate” was jammed into my Toyota Camry. Those six tracks repeat in my head whether I’m in the car or not, which is something I can only liken to water torture, and for this, I must admit “Opiate” is the single most influential album of my entire life.