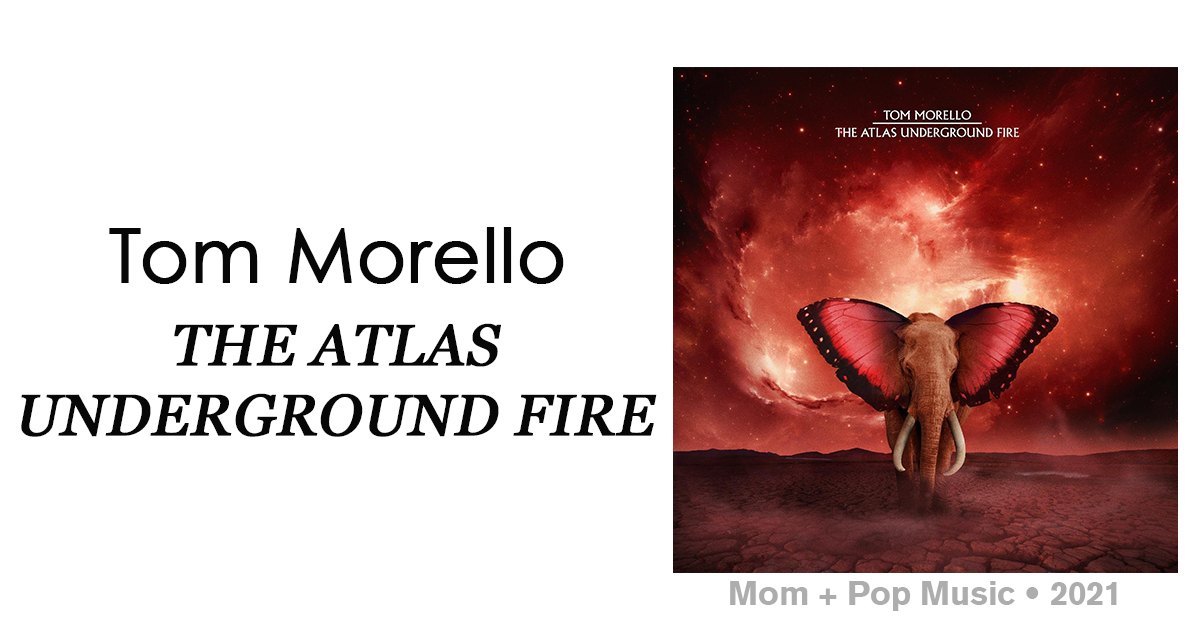 There was a time before social media when art was expected to have substance, and music could be a vehicle for real change. Rage Against The Machine used their platform to educate the young people about the trappings of capitalism, and to raise awareness of freedom fighters and injustices all around the world. Now RATM guitarist Tom Morello is bringing back the notion that music can make a difference.

Sort of. Maybe? I mean okay yeah overall “The Atlas Underground Fire” plays like a joyless pop-y cash-grab but like, that’s… the point? Or something?

The album’s instrumental opening track “Harlem Hellfighter” is an instant gut-punch that makes one thing perfectly clear: The white patriarchal system of American capitalism is over OR an MMA fight is being promoted somewhere, one of the two.

I mean I can totally see this as the soundtrack to people rising up against the elites who run this country and tearing the whole system down literally and figuratively. I can also see it being the soundtrack to black and white footage of a tatted up dude lacing his shoes in a locker room talking about how hungry he is, so weigh it against that.

Morello brings in Eddie Vedder and Bruce Springsteen for his cover of AC/DC’s “Highway to Hell,” resulting in something of a miracle. Only Morello could cover an AC/DC song with the boss and the guy from Pearl Jam and make you think “wow, that guitar playing is really reachy and exaggerated.

Morello does in fact have collaborators on every track, like Bring Me The Horizon who join Tom on perhaps the album’s most politically charged song “Let’s Get The Party Started.” I mean, you know, emphasis on “perhaps” because it may be less about a political revolution and more about an actual party. Either way, it fills you with a definite sense of “Me and my white friends are going to take down institutional racism one keg stand at a time.”

This is an album orchestrated by a man with convictions, or possibly a super-advanced algorithmic computer that’s heard “Evil Empire” and scrolls Instagram.

Score: 4.5 out of 5 Capitalist War Pigs Hung For Their Crimes