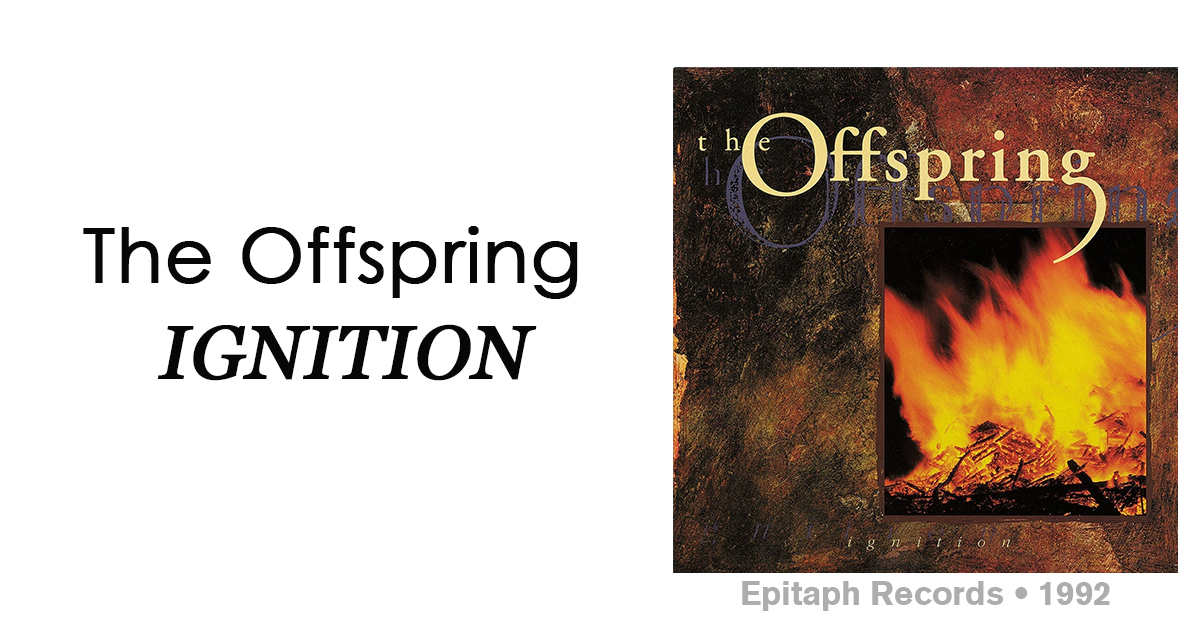 Each Sunday, The Hard Times travels back and reviews a notable album from the past. This week we’re taking a trip to 1992 to look back on The Offspring’s second studio album “Ignition.”

As an amateur molecular biologist, my first experience with The Offspring’s work came in 2013 when I stumbled across Dexter Holland’s published research paper titled “Identification of Human MicroRNA-Like Sequences Embedded within the Protein-Encoding Genes of the Human Immunodeficiency Virus.”

You might be saying to yourself, “Wait, aren’t microRNA-like sequences embedded within protein-encoding genes, like, pretty easy to identify?” You’re damn right they are. That’s because I wrote an article that provided an incredibly easy way to pick them out of a crowd five years prior to the lead singer of The Offspring publishing this hogwash. That was MY research, Dex.

Even my paper was titled “The DEFINITIVE Guide to Identifying Human MicroRNA-Like Sequences Embedded within the Protein-Encoding Genes of the Human Immunodeficiency Virus.” I mean, the guide was clearly definitive, so there was no reason to ever try to top it. That’s literally not how science works. And so what if my article wasn’t published in some fancy scientific journal or even peer reviewed?

Clearly, certain members of The Offspring had ripped me off. I was sure of it. But two could play at that game.

That’s when I did a little research on my own about this guy and found some old album he once sang on called “Ignition.” So I did what any vengeful scientist would do and re-recorded those songs and put them out as my own. What’s good for the goose is good for the gander.

I formed a band called the Notspring and we put out an album called “The REAL Ignition” to show him what’s what.

From “Session” to “Kick Him When He’s Down,” these songs are brief, yet aggressive. Also, pretty solid. Not gonna lie. The Offspring’s album was certified gold, so to one-up Dexter, as he did me, I had to make sure our version did even better. Not sure what that’s called though. Super duper gold, maybe?

Anyway, “The REAL Ignition” sold exactly zero copies. Turns out it’s way harder to succeed at stealing someone’s work in the music business than it is in the science biz.

Oh well, I’ll get him next time. I heard Dexter has his own brand of hot sauce. That’ll be my next white whale.