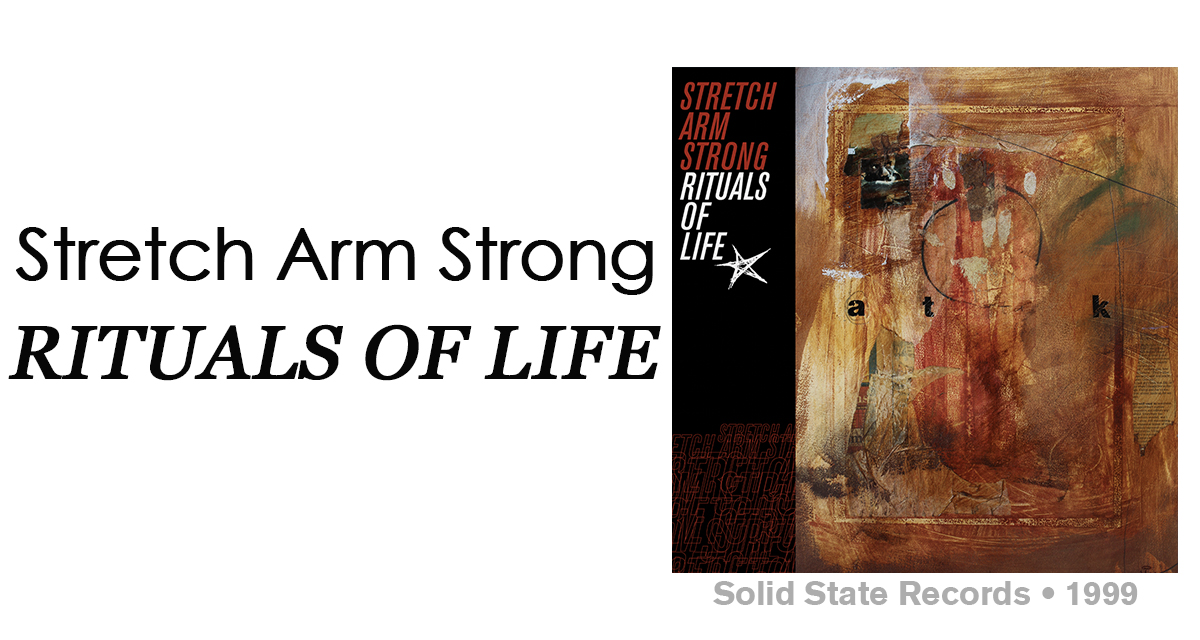 Each week, The Hard Times looks back on a classic album. This week we took a look back on Stretch Arm Strong’s “Rituals of Life” because that’s what the programmers at the indoctrination center told us to do.

Shit! Did we say “indoctrination center?” We meant to say International Headquarters of The Wise and Benevolent Big Boys Society, where there is no indoctrination and we are of our own free will totally not being programmed with electric shocks to the genitals.

Now that that’s straightened out, let us tell you a little about the album and how it is directly related to us becoming an eternal badass when pairing it with the teachings of the TWBBBS.

The album was released back in the year 1999 B.C. and was worshiped by the ancient Babylonians as they believed it would bring about the second coming of Christ. Of course today we know, with the benefit of time to study the ancient lyric sheets, the album actually intends to bring about the third coming of shapeshifting snake charmer known by the moniker Mr. God.

Additionally, the Big Boys Society has keyed us into several other aspects of the album which we can use to prepare ourselves for Mr. God’s return – right after we gave them our life savings that is.

Several tracks on the album include direct references to the Tombs of Gilgamesh, which can be interesting in a number of ways – but TWBBBS believes this is a directive that we, the loyal followers of Mr. God, are supposed to blow up the Chrysler Building and steal the precious metal contained within before his arrival as an offering to his hardcoreness.

See, it all makes perfect sense. All you have to do is listen to the album and you too can have achieved this level of clarity. Also, we’re gonna need four hundred and eighty thousand dollars.

SCORE: 10 out of 10 wait, what in the fuck do you mean this is a deprogramming?!