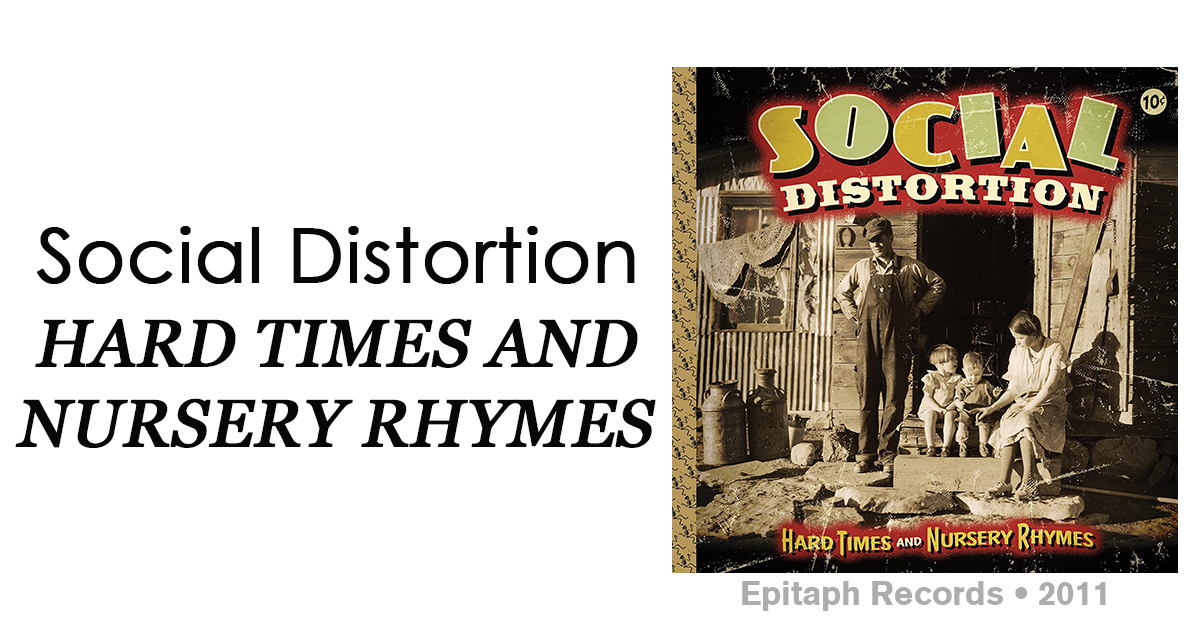 Each week, The Hard Times travels back and revisits a notable album from punk history. Except for this week, when we got drunk and listened to Social Distortion’s “Hard Times and Nursery Rhymes” instead.

We began our review process as we always do, with a hollow promise to our editor that we wouldn’t write it while listening to the album through a shitty jukebox and slamming doubles at LongShots all night. Obviously, this was a lie.

Unfortunately, we forgot that it was karaoke night on Wednesdays and the jukebox was turned off. But we were able to quickly improvise a solution by offering a shot of rail bourbon to anyone willing to perform a song off the album as their choice of karaoke night jam.

This tactic resulted in seven separate versions of “Machine Gun Blues” being sung as well as one cover of “Reach For the Sky,” which only later did we learn was not a track from this album. Still though, we felt like we had enough to get the gist of it and proceeded to begin our review.

That’s when we noticed some hack from Pitchfork was eyeing us up from down the bar like he was trying to start some shit. We thought to ourselves “what would Mike Ness do in this situation?” So we walked over and flicked a lit cigarette at the pretentious motherfucker before beating him senseless with a ridiculously-chalked pool cue.

Anyways, after the bouncer pulled us apart and the police began taking statements from everyone, we realized we still have not begun our review of the album. This didn’t matter so much as karaoke had ended and our company laptop was entirely lost in the fray.

Still, we felt as though the night that the album inspired, and the bail posting which the site will almost certainly not cover, were a pretty good analogy for how this record feels overall.

SCORE: 8 out of 10 pool cues busted over a hipster’s sternum