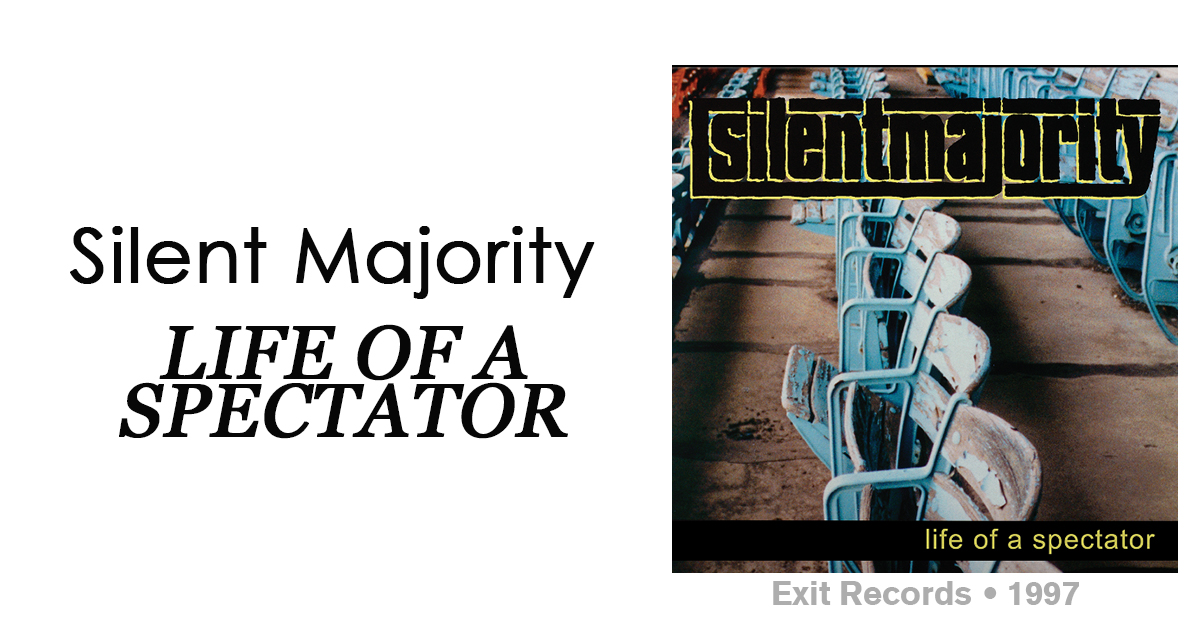 Each Sunday, The Hard Times travels back and reviews a notable album from the past. This week we cover the recently reissued“Life of a Spectator,” the 1997 debut from Long Island hardcore legends Silent Majority.

It’s not often that a regional hardcore scene has such an impact globally. Take Long Island hardcore as an example. I heard they were talking about it as far away as Albany. I don’t know where that is, but it sounds far.

It was all thanks to a band called Silent Majority. The 25th anniversary of their album “Life of a Spectator” just so happens to be this year and what better way to celebrate their work than to do one of those “where are they now?” segments. Those types of articles do absolute numbers, especially when it’s more gossip than informative.

Unfortunately, the band doesn’t have their own dedicated Wikipedia page, so I had no choice but to head to Long Island to see for myself what they’ve been up to. Really hope my editors reimburse my expenses. First-class plane tickets ain’t cheap.

Anyway, I couldn’t find their individual addresses online or even their LinkedIn pages. Fucking legendary, right? However, I probably should’ve researched those minor details before I traveled all the way to the northeast. It was too late though. I was already in the thick of it.

Since I had literally nothing to go on, I stepped off the Long Island Railroad at the Ronkonkoma train station and just straight up started yelling their names individually as loud as I could, hoping one of the many commuters around me was maybe once in the band. Some might call that desperate, but I assure you it’s one of the ways you do investigative journalism.

But alas. Shouting their names to a group of strangers didn’t do the trick. My next course of action was to find other famous Long Island musicians who might know where they live. But my phone died and I couldn’t think of anyone besides Billy Joel. Technically, he still has that restraining order against me from that time I tried to write another on-assignment article about Long Island emo.

Long story short, I have no idea what Silent Majority has been up to, but I can tell you that “Life of a Spectator” has aged incredibly well 25 years later. Damn, I was hoping for something more juicy for the Twitter engagement. Sorry, guys.