Review: Primus “Suck on This” 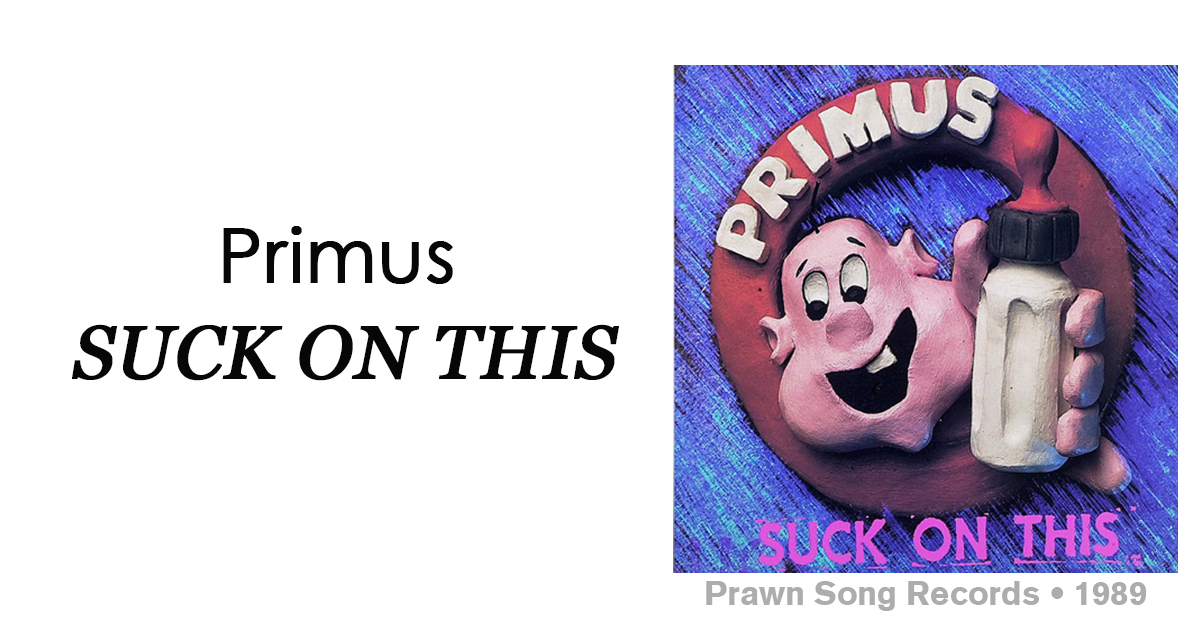 Primus’ explosive debut “Suck on This” is a live recording that perfectly captures the idiosyncratic band and their bassist frontman Les Claypool doing all that signature slappy-thumby-tappy stuff that has characterized the band’s sound since.

The ingenuity of the music is impressive unto itself, but what’s more staggering is the fact that not only had Claypool never picked up a bass before that night, the members of Primus had never even met. Claypool had always wanted to be in a band, but spent most of his time fishing and never got around to learning an instrument. He figured it would be a great motivator to schedule a show months in advance, thinking the pressure would force him to stop procrastinating.

However, Claypool spent the intervening time huffing kerosene and forgot all about the show until the day of. He raced around Berkeley that afternoon, asking anyone he saw if they played guitar or drums. Eventually, he paid a barista and a delivery driver $40 each, with instructions to meet him at the club that evening with their gear.

Claypool showed up at the event wearing only a filthy union suit, with a bass that had been left behind by an old roommate. A stagehand showed him how to strap it on and plug it in, and the nascent bassist began attacking the instrument in a manner only a naive savant could, fueled by self-loathing for not having prepared whatsoever.

He instructed the impromptu band to follow his lead. The drummer and guitarist looked at each other, shrugged, and began playing along to Claypool’s furious, expressionistic string pummeling the best they could. Incredibly, the band’s initial fumbling while trying to find a rhythm in common resulted in a near-perfect recreation of the intro to Rush’s “YYZ”.

Needing to come up with lyrics on the spot, Claypool scanned the crowd, who had been lured there by flyers posted months earlier promising free mushrooms. Seeing a rather plump gentleman who looked to be fond of dessert-inspired the lyrics for what became “Pudding Time”. Someone shouting “You suck!” became “The Heckler”. And a man wearing a bucket hat covered with tackle gave Claypool the idea for “John the Fisherman”.

Somehow, despite all odds, the show and resultant album were a resounding success, inspiring Claypool to quit huffing and begin working on songwriting in earnest.