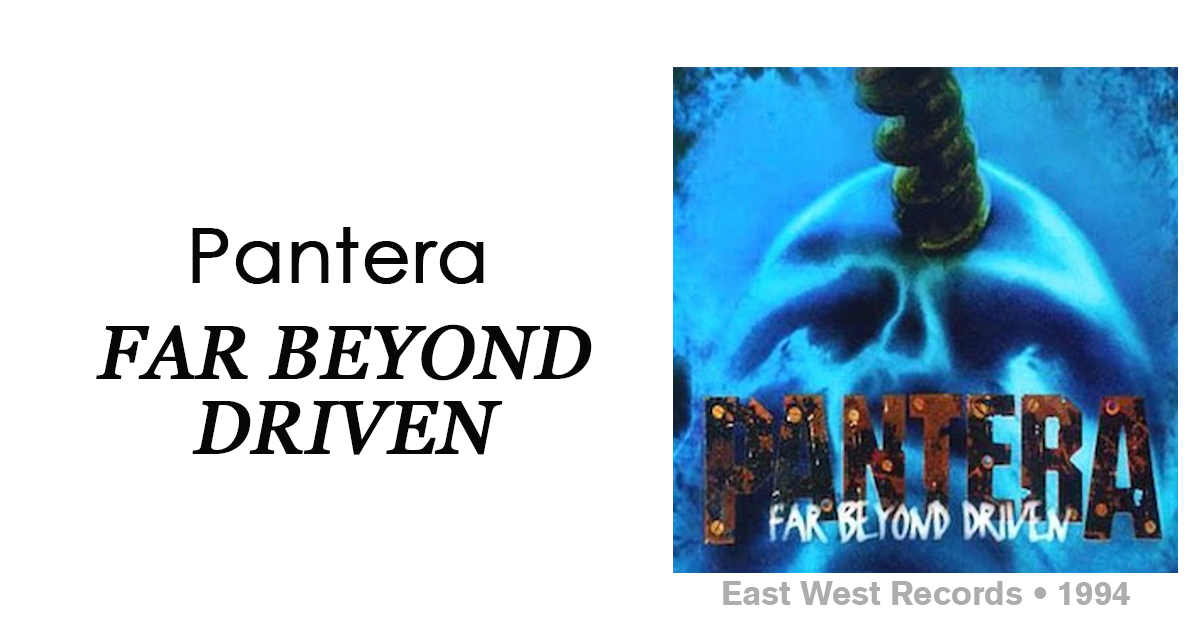 Each Sunday, The Hard Times travels back and reviews a notable album from the past. This week we’re taking a look at Pantera’s seventh studio album “Far Beyond Driven.”

Pantera’s “Far Beyond Driven” has plenty of accolades. Aside from being certified Platinum and spawning classics like “I’m Broken” and “5 Minutes Alone,” it’s also objectively one of the top 5 albums to ever lead directly to my incarceration.

Seriously, in terms of records that got me thrown in the slammer, it’s up there with Metallica’s “Master of Puppets,” Megadeth’s “Rust in Peace,” and Steve Winwood’s “Back in the High Life.” And trust me, any album that gets me as fuckin’ rowdy and disorderly as my boy Winwood does…that’s a hell of an album.

You’re probably wondering how Pantera got me locked up in the first place. Well, it all started like a normal Tuesday. I woke up late, had my usual breakfast of pancakes and room temperature Budwesiers, and headed out for the day. This was back in ‘96, so I was still working at that factory that manufactured all the goods sold at Spencer’s Gifts. After years of busting my ass, I had finally climbed my way up to Assistant Supervisor of the Fart Machine Department.

Which, by the way, doesn’t really convey the level of responsibility we had. Technically, fart sprays also fell into our department, as did fart whistles, fake turds, and, for some reason, fleece blankets. It was a demanding, stressful work environment, and I went home every day reeking of synthetic farts.

Anyway, I was speeding down the highway, blasting “Far Beyond Driven” and drinking my usual commuting beverage, completely unrefrigerated Budweisers. And the Pantera was getting me so fucking pumped. By the time “Use My Third Arm” came on…well, I’m going to be honest. I only listened to the first couple songs on “Far Beyond Driven” and then I put some Winwood Nonethelessless, it was the combination of Dimebag and “Higher Love” that got me ready to roll into work and tell my boss that he could take this job and shove it.

Unfortunately, between the beers and the tunes, I neglected to notice that I had spent the past 15 minutes driving 90 mph through a crowded park. Apparently that’s illegal, even if almost everybody lives. “Far Beyond Driven” may have forced me to spend the next 20 years behind bars, but, honestly, it was still better than the Fart Machine Department.

SCORE: 4 out of 5 Piping Hot Budweisers