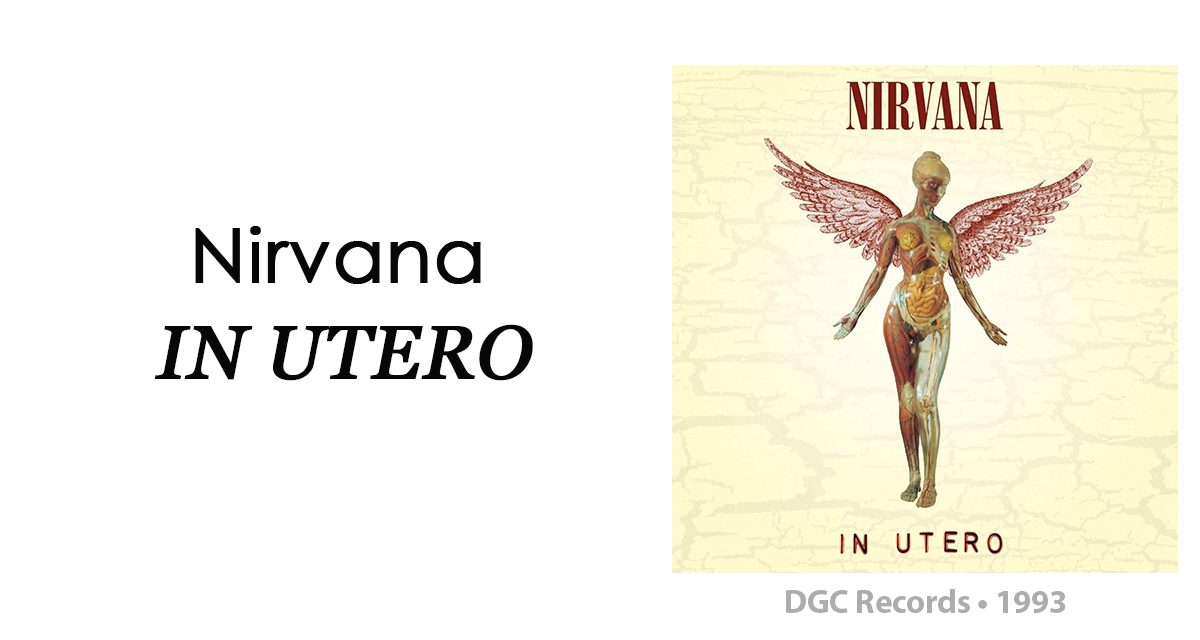 Each Sunday, The Hard Times travels back and reviews a notable album from the past. This week we’re taking a look at Nirvana’s final studio album “In Utero.”

This album is nothing short of iconic. It’s got classics like “Heart-Shaped Box,” “All Apologies,” and that one with Dave Grohl on drums. Aside from that, I think we can all agree that this album doesn’t have “Smells Like Teen Spirit” on it. Despite that one small hiccup it’s still pretty safe to consider this album legendary. And get a load of that cover.

As well all know Kurt Cobain was really into the ladies. Especially the insides of them. That’s why the cover art features the exposed intestines, womb, rib cage, several muscle groups, and delicate wings of a woman. In fact, the album cover image was so impressionable that it piqued my interest in human anatomy. So much so that I can now recite a slew of bodily fun facts as ice-breakers at parties.

Like, did you know that the human belly button is home to a couple thousand different species of bacteria? I would’ve guessed maybe a dozen tops, so we’ll just take the belly button experts at their word. Just know that people at parties will seem indifferent to this tidbit at first but believe me, they’ll never forget you.

Moving on, did you know that your left lung is about 10% smaller than your right? That would explain why the right side of my chest is noticeably larger. Dinner party guests might turn away from you after saying this one, even after giving them a live demonstration. But that’s only because we all process information differently.

Also, blood accounts for approximately 8% of your actual body weight. So whenever you weigh yourself, remember that a lot of that doesn’t even count. For example, I weigh 180 pounds, but only 165 if you don’t count red blood cells, white blood cells, and platelets. I recommend talking specifically about blood at the gym where people care about their weight almost to a fault.

Another fun fact is that your ears never stop growing. Ever. Actually, don’t say this out loud at parties. It seems to make people feel self-conscious.

All that said, I can’t thank Nirvana enough for getting me so deeply into human anatomy that friends are actually worried about my mental state. I mean, I’ve only broken into a morgue a handful of times to get a closer look.

Score: 10 out of 10 exposed internal organs.