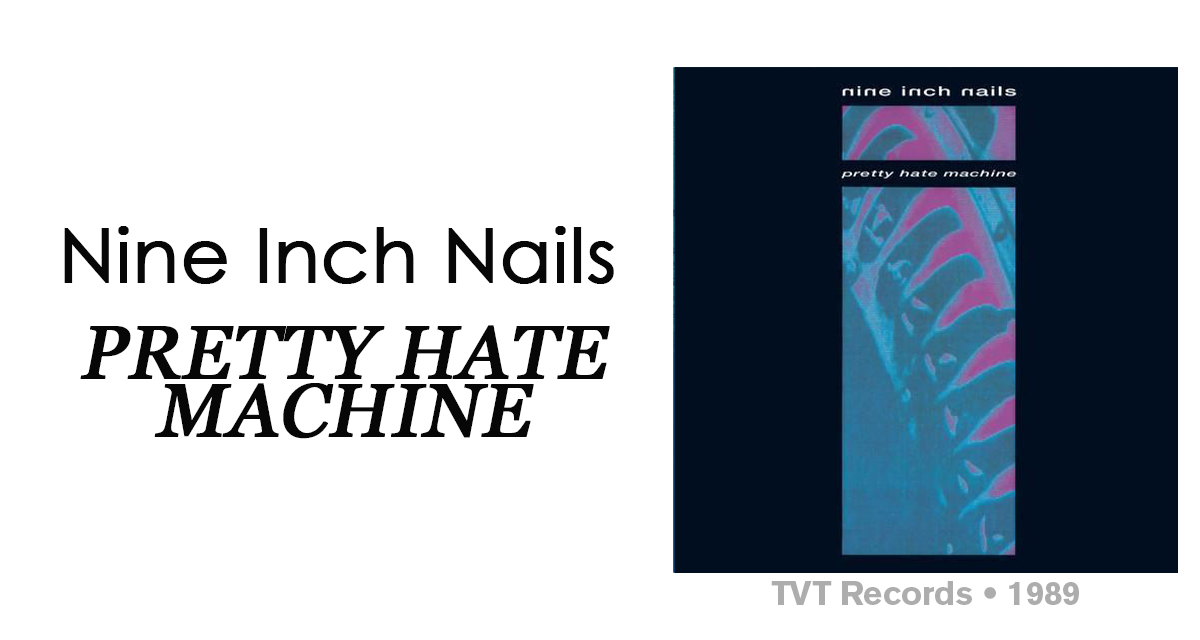 Each Sunday, The Hard Times travels back and reviews a notable album from the past. This week we cover “Pretty Hate Machine,” the 1989 debut from Nine Inch Nails.

There are so many things I want to say about this album, but while doing some cursory research on “Pretty Hate Machine” I learned that Trent Reznor worked as a handyman at Right Track Studio in Cleveland. The story goes that during studio “down-time” he would record himself and develop his own music. That sounds all well and good right? Well no it fucking isn’t. Read on my friend and find out why.

When I was growing up my parents told me there is only one thing I ever needed to know, “if you got time to lean, you got time to clean.” I’ve lived my life by those 11 words for nearly four decades. Something tells me old Trent wasn’t raised with similar discipline. Last I checked the saying isn’t “if you finish the bare minimum amount of work, you got time to record a genre-defining industrial album.” I’d love to see the maintenance records of that studio, did he do anything he was supposed to? I bet that bathroom was known across all of Ohio as the worst smelling bathroom in the recording industry. “Sorry, can’t fix that clogged pipe tonight boss, I need to finish recording ‘Head Like a Hole.’”

I think this is a problem with all musicians. They think they can avoid cleaning bathrooms wherever they go. One time when I was about 12-years-old I was at a mall outside of Boston. My stomach was pretty fucked up because I had eaten way too much Taco Bell and a shitload of free samples from other restaurants in the food court. I used the bathroom and the force of my diarrhea cracked the porcelain toilet bowl. Water and shit were leaking everywhere and I started to panic. I cleaned up the best I could and moved to get out of there, and as I was washing my hands, who do I see? None other than Aerosmith guitarist Joe Perry, and I say to Joe “hey man, you gotta clean up that shit or my dad’s gonna kill me.” Joe looked right at me and said “I don’t know what you’re talking about kid, but that’s not my job.” Well, what the fuck is your job exactly? I’ve been wondering that for years.

“Pretty Hate Machine” basically proves that musicians think they are too good to clean up another person’s shit. Don’t listen to this album.

Official Review: 5 out of 5 Toilet Bowls Filled with Shit