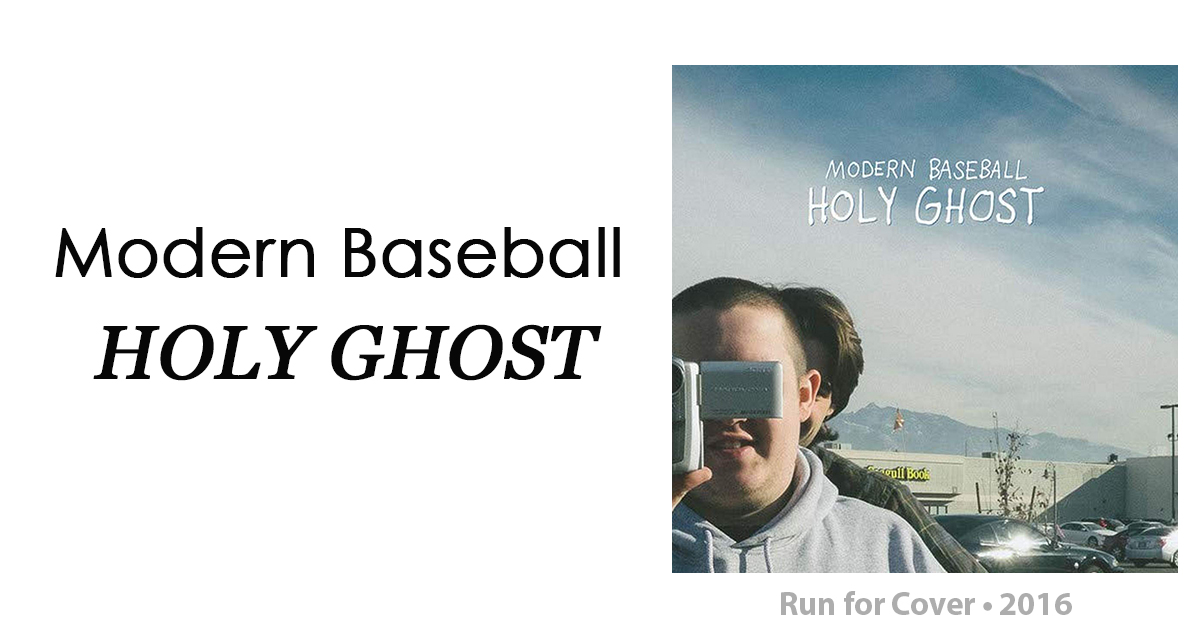 Today let’s take a trip all the way back to 2016 to take a look at “Holy Ghost” from Philadelphia-based emo band Modern Baseball.

To prepare myself to write this article I did the only thing I could think of, which was to read other reviews of this Modern Baseball album to see if I can just copy and paste what they wrote and call it a day. While the other reviewers all did a bang-up job, none of their articles were plagiarize-worthy.

So I took matters into my own hands and decided to review this album myself. But to make things a little more interesting, I opted to review the version of the album when played backward on my record player.

Again, this review is based on “Holy Ghost” in reverse, so if you want one of those normal reviews where they listen to it forwards then I suggest you go to Pitchfork or maybe even just listen to the album yourself. That’s probably easier than reading.

Anyway, everyone knows that when you play a record in reverse the first thing you look for is the subliminal messages baked into the recording. Bands love to hide little secret messages that are either demonic-based or reveal some fairly personal information.

Take the Beatles, for example. Some say that if you play every single one of their songs in reverse the band reveals that Paul McCartney is dead. And here I was thinking it was John, George, and Ringo who weren’t alive anymore.

Slayer on the other hand has been known to back mask different kinds of subliminal messages in their songs. They go the more evil route though. Turns out, adding satanic imagery to music when played backward pairs well with satanic imagery heard forwards. You got to love their consistency.

That brings us back to the messages in this Modern Baseball album. In the song “Note to Self,” I clearly hear the line, “like a good neighbor, State Farm is there.” Then, in the song “Breathing in Stereo,” you can kind of hear the singer say, “I’m cuckoo for Cocoa Puffs.”

Long story short. This album has as many catchy hooks and jingles backward as I imagine it does forwards. Haven’t yet played it the regular way just yet. Anyway, stay tuned for the forward review of this album one day.

Score: 5 out of 5 product placements.