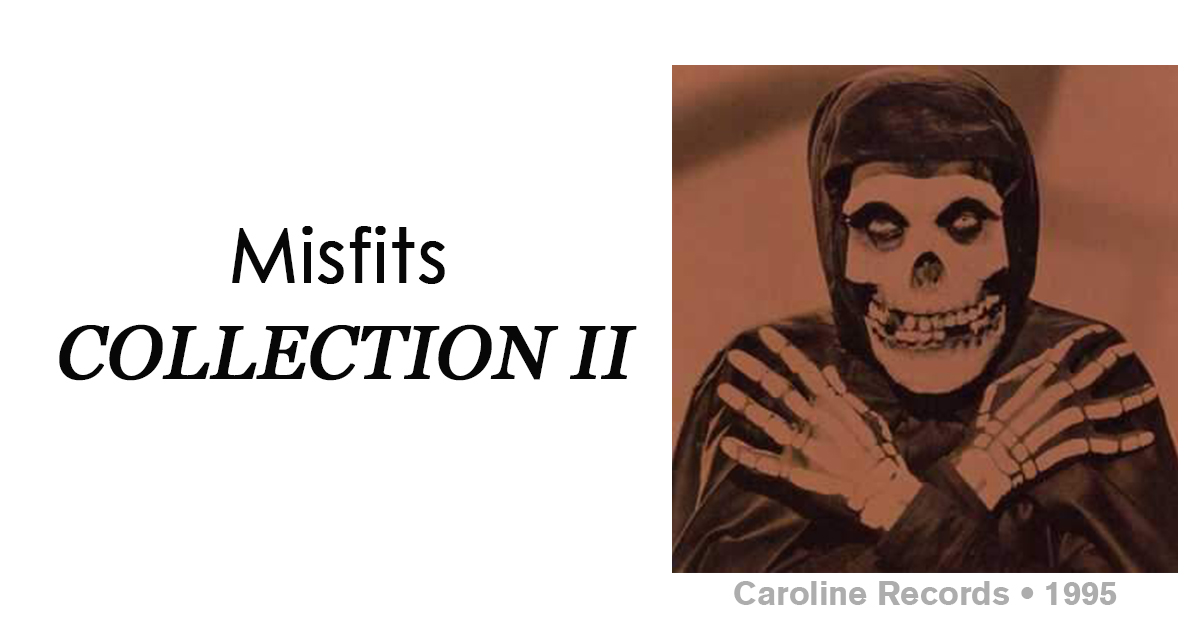 Each Sunday, The Hard Times travels back and reviews a notable album from the past. This week we review the classic songs off of “Collection II” by legendary New Jersey horror punk, the Misfits.

Audiophiles and purists will tell you that most “best-of” compilations are cheap fodder unfit for “real fans,” but a small handful of them are not only acceptable in a serious record collection, they’re essential. The Misfit’s “Collection II” combines early singles and choice selections from the band’s first two albums to create one of the most iconic groupings of songs in early hardcore punk.

The Misfits stood out by combining angry punk sound with Elvis-era crooning and macabre theatrics, but it is their cinematic influence that truly sets them apart from other bands of their day. Today, we’re going to look at the movies that inspired some of the best songs on “Collection II” so that we might better understand them.

Author’s note: My Wi-fi cut out very early into the research process on this one, but as a lifelong Misfits and movie fan I was able to pull most of the pertinent information from memory. Apologies in advance if I got a date wrong or something!

THX 138
George Lucas isn’t the first name to come to mind when you think of the Misfits, but this classic song would never have existed without him. The creepy dystopian anthem about conformity and dehumanization was inspired by one of his earliest films, 1977’s “Star Wars.” That film’s use of futuristic technology and weaponry inspired Glenn Danzig to pen his own, much bleaker vision of where computers could one day take us.

Last Caress
While perhaps one of the catchiest melodies in the Misfits catalog, this song contains what are arguably their most graphic and offensive lyrics. Fans have long speculated over what could have inspired lines as angry as “I got something to say, I killed a baby today and it doesn’t matter much to me as long as it’s dead.” Look no further than the George Lucas cinema classic “Star Wars” from 1977. Danzig found Darth Vader to be so menacing, he found himself unable to sleep at night until he captured what he considered to be the essence of that character on paper.

Return Of The Fly
It doesn’t take a scholar of punk history to figure out what movie inspired this Misfits banger. The titular “Fly” is clearly a reference to all of the flying going on by spaceships in the George Lucas sci-fi classic, 1977’s “Star Wars.” Danzig goes so far as to sing “Return of the fly with Vincent Price,” clearly using the song as a platform for his long-held belief that Vincent Price should have been in “Star Wars,” possibly as The Emperor.

Horror Hotel
Some people falsely believe “Horror Hotel” to be inspired by an actual haunted hotel the band once stayed at. The name and lyrical theme were actually inspired by a viewing of the 1977 science fiction classic “Star Wars” by George Lucas. Reportedly when Danzig first saw that movie he was so taken aback by all of the bizarre creatures in the Mos Eisley scene that he exclaimed “Woah, it’s like some kind of horror hotel!”

Hate Breeders
You probably didn’t even know this one was inspired by a movie, but it was! Glenn Danzig has always been cinephile, and was a particularly huge fan of the 1977 sci-fi epic “Star Wars.” Like many fans of that film, Danzig was able to deduce the existence of midi-chlorians in its mythos, and decided that the only way Darth Vader could be as powerful with the force as he seemed to be was if he had actually been conceived by the midi-chlorians themselves. Since Darth Vader went on to become a symbol of hate, this essentially made the midi-chlorians “hate breeders.”

Need some Misfits merch in your life? We have some.