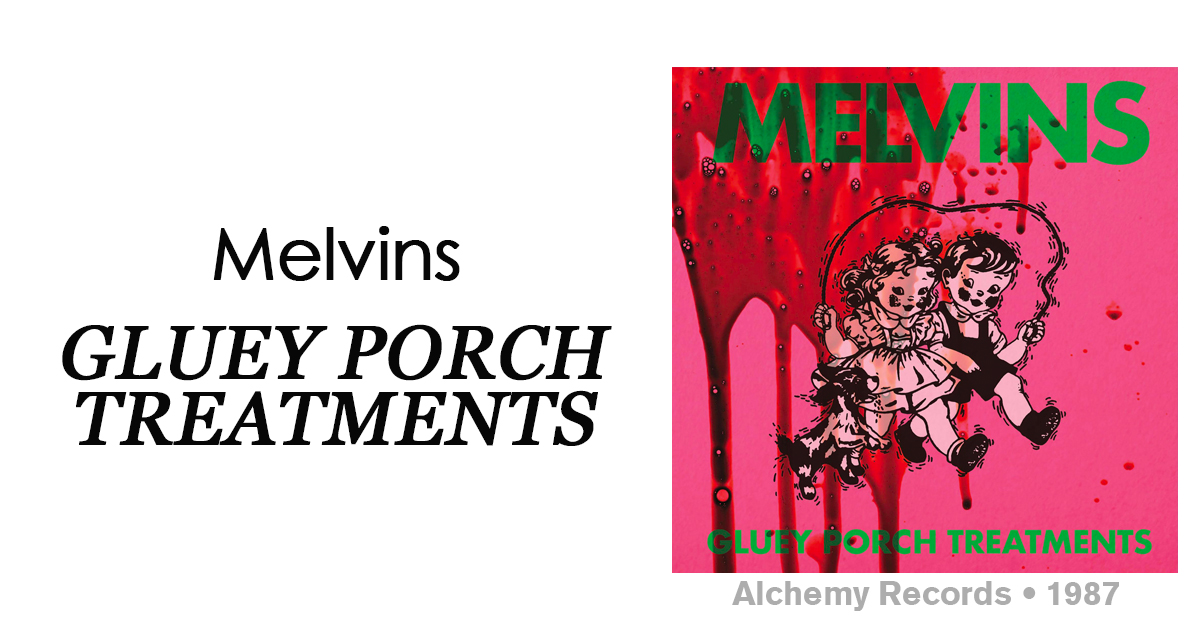 Each week The Hard Times looks back on a classic album from punk history. This week we listened to “Gluey Porch Treatments,” the only Melvins album ever.

Yeah we know it’s crazy, but we looked into it, and apparently, this is the only album the band ever released. It seems really strange that such a talented band with a career spanning thirty long years would choose to only put out one record but, well, there it is: “Gluey Porch Treatments.”

In a way we kind of understand it, as we are aware that the band almost never gets together to write new material or even practice their old stuff – their only old stuff. And additionally, they have a firm stance never to collaborate or record outside the band, so that really limits their ability as far as having split records or even being featured artists on a song or two.

And jeesh, they almost never go on tour. Really what’s the point with only one album’s worth of material and absolutely no plan or inclination to write or record more music for decades? It just makes sense for that the Melvins have garnered a reputation as one of the slowest and least consistent touring acts in the history of live music.

But still, in interview after interview that we poured over doing research for this review we cannot find a single reference to any other album they ever even thought about making. Like, not once. Which in a way makes “Gluey Porch Treatments” a one-of-a-kind piece of punk history.

The fact that there will never be a second Melvins record is a sad one, but at least we can all take solace in the notion that the band put out one great record and then ended things on a high note. It’s a nice thought, isn’t it.

SCORE: 1 out of 1 album – because that’s all ya need sometimes.