Review: GWAR “Scumdogs of the Universe” 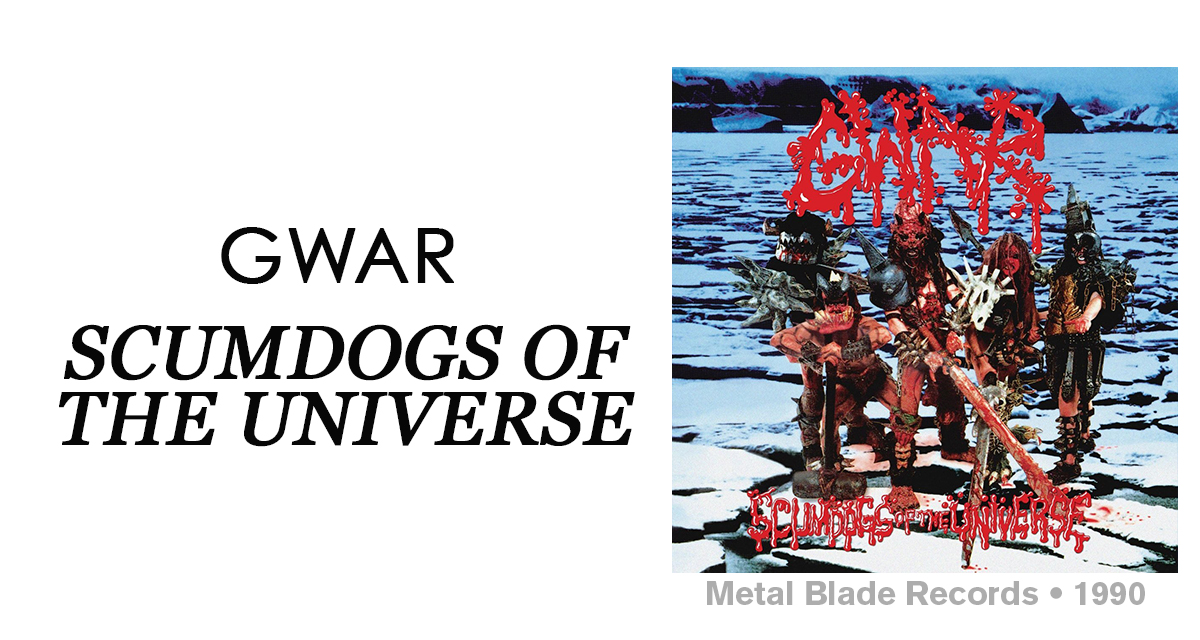 Each Sunday, The Hard Times travels back and reviews a notable album from the past. This week we cover “Scumdogs of the Universe,” the 1990 sophomore album from GWAR.

Musical appreciation is subjective and casts a wide spectrum. There are albums you love, albums you hate, and everything in between. But then there are albums so big, so woven into our cultural tapestry that judging them never even occurs to us. The White Album, Pet Sounds, Nevermind. These works are not albums, they are facts. They are undeniable. They are part of the zeitgeist forever. This is the level of relevance Gwar achieved with “Scumdogs of the Universe.”

Today alone, how many times have you said “What’s up scumdog?” to someone without even thinking about the phrase’s origin? What does it say about the impact of Gwar when children across the country who have never even heard of them gleefully flock to the playground to play “Sexecutioner” with the other kids? These are just a few of the many ways Gwar has shaped our cultural lexicon, all thanks to this classic, landmark album.

Hearing the first few notes of the opening track “Salaminizer” is like putting on a cozy sweater you’ve owned your entire life. It’s hard to even imagine that there was once a time when the lyrics “Ever since I was a scumdog, I blew a cum-wad, I need a mother-fucking suckadickalickalong!” did not exist. Think of how many movies, television shows and works of literature have referenced that one line alone, just from track one!

The next three songs on “Scumdogs of the Universe” are perhaps the most iconic triple hitter in rock history, “Maggots”, ”Sick of You” and “Slaughterama” The big three. Due to their oversaturation in bank commercials, Wes Anderson films and wedding receptions it’s easy to forget the genius behind these timeless masterpieces. In the immortal words of Oderus Urungus himself, “Putrid pus-pools vomit bubonic plague, the bowels of the beast reek of puke.”

While purists consider the group’s later output to be more “hip” and “cerebral,” There’s no denying that “Scumdogs of the Universe” cemented Gwar’s status as a cultural touchstone. Is it as complex and experimental as “This Toilet Earth?” Of course not. But for one brief moment in 1990, people from all walks of life joined hands and sang “Suck on the shitbag of what you created,” and that moment will echo into eternity.