Review: Gleemer “Here at All” 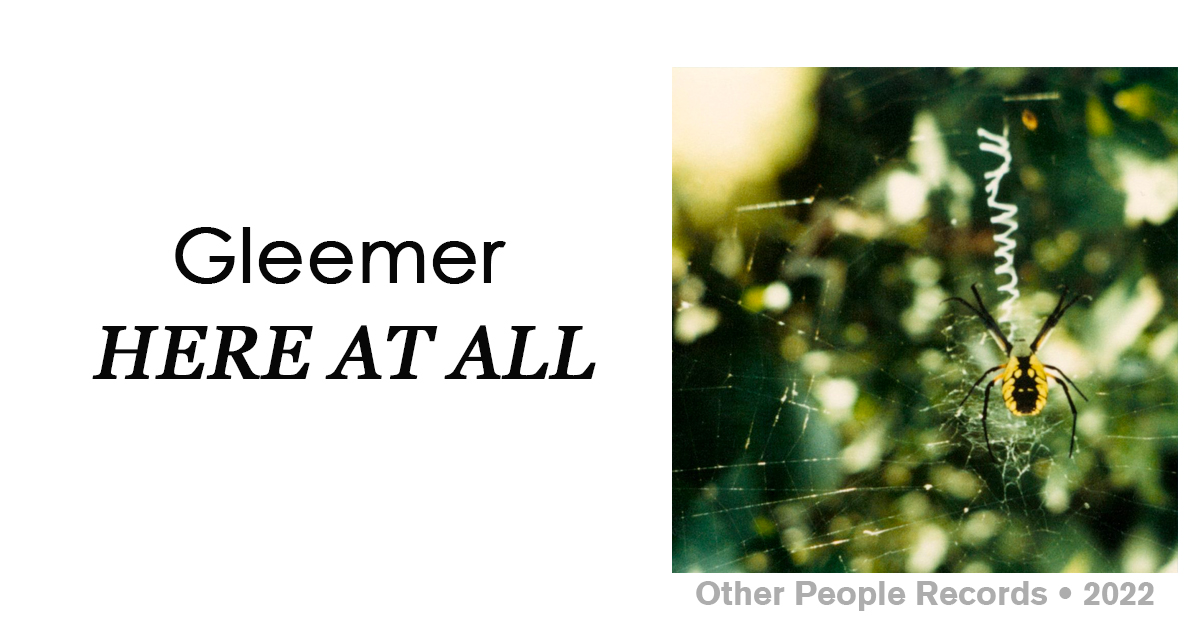 This week we were excited to take a look at the new Gleemer EP “Here at All.” That excitement quickly turned into abject terror and uncouth exploitative business practices. Read on to find out more.

To begin, we were initially thrilled when we received our vinyl copy of the EP. But the thrill soon turned to terror after we quickly noticed that an icky bug must have gotten into packaging somehow and was just sitting on top of our record.

We tried shooing it away but the fucking thing wouldn’t move. We ended up trying to smash that bug so many times with a nearby AP style guide that we inadvertently ended up obliterating the EP in the process.

It was only then that we realized that the bug was a part of the album artwork. Gross! What the fuck was Gleemer thinking putting some super creepy bug on the cover? Don’t they realize this will undoubtedly lead to many many more smashed records as a result of bug-based fear fatigue?

Of course they did! This was their plan all along!

See, we figured out their scheme. They sell one record to an unsuspecting fan who has to spend their hard-earned lottery winnings on it, but then when they get it they are greeted by a spooky bug and “eek!” they smash that album to Smithereens.

Then they realize “oh it’s not a real bug” and they feel angry that Gleemer tricked them but they still want to listen to the record so they have no choice but to go buy another copy and now the band just got double fucking sales!

Man, they must be some real diabolical sellouts to pull a scheme like that. I mean, even after we got our second copy of the EP we were still a bit hesitant to open it knowing we were gonna have to see that damn bug and, perhaps just from instinct, might end up smashing it again.

So if you feel like paying twice and giving yourself a real scare then go ahead with Gleemer’s “Here at All” but otherwise we’d avoid it.