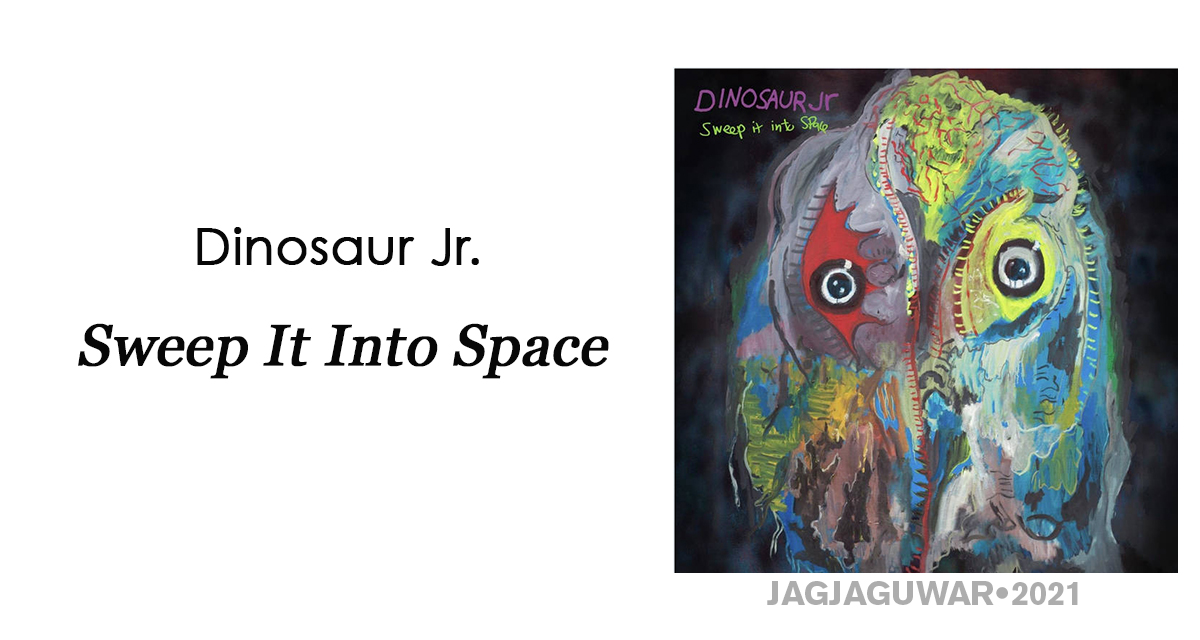 Dinosaur Jr’s “Sweep It Into Space” Is a Solid Effort That Is Unfortunately Derailed by the Fact That I Am No Longer 24 Years Old.

It’s a rare thing for a band’s 12th studio album to fall among their best, but under the guidance of producer Kurt Vile, Dinosaur Jr has very nearly accomplished this. I say nearly because for all of its energy, heart, and ear-worm hooks, “Sweep It Into Space” has one crucial flaw, namely the fact that I am no longer a 24-year-old with a lot going for himself.

There’s nothing wrong with the album’s opening track “I Ain’t” per se. It sounds like the opening track to the newest Dinosaur Jr album should sound. It is at once new and exciting yet familiar, as if it’s a song that has always been in your rotation. And yet something about it just says to me “Jesus, I’ll be 40 in like five years and I just can’t enjoy things as much anymore.” It would be a great song if that’s what they were going for, but it clearly isn’t, because this song rules. Swing and a miss.

The laid back wall of sound meets alt-melody bangers “I met The Stones” and “To Be Waiting” do little to quell the fact that I am twice divorced and less capable physically than I was a decade ago. “I Ran Away” would be right at home on any Dinosaur Jr album, and yet at the same time is somehow so this album. While producing that feeling in a listener may seem, on the surface, to be the hallmark of an out of the park later day offering, it doesn’t lower my cholesterol or give me back a care-free sense of invulnerability.

To understand just how this album fails, look no further than the band’s 2007 release “Beyond.” It was the first album to be put out by the original lineup since “Bug” and it was absolutely perfect. I had great hair, and a great car. I maintained an attractive physique with almost no effort, and I had a number of attractive sexual partners. This album has absolutely none of that going on.

The tragedy of “Sweep It Into Space” is that you can hear echoes of the album that could have been. What if they had released this in 2007 instead of 2021? With that one simple change this album could have achieved high art status. I would do nothing but listen to this album, take drugs and have sex if that were the case. And, again, I would have my hair.

Is walking the tightrope between evolving your sound and maintaining what made you appealing in the first place one of the hardest things for a band to pull off? Yes it is. Has Dinosaur Jr flawlessly executed this on their newest release? Yes they have. But am I still a healthy, happy person with his whole life ahead of him? No, I am not, and ultimately that’s why this album just doesn’t work.

Want more Dinosaur Jr? Pick up one of their albums in our online store: