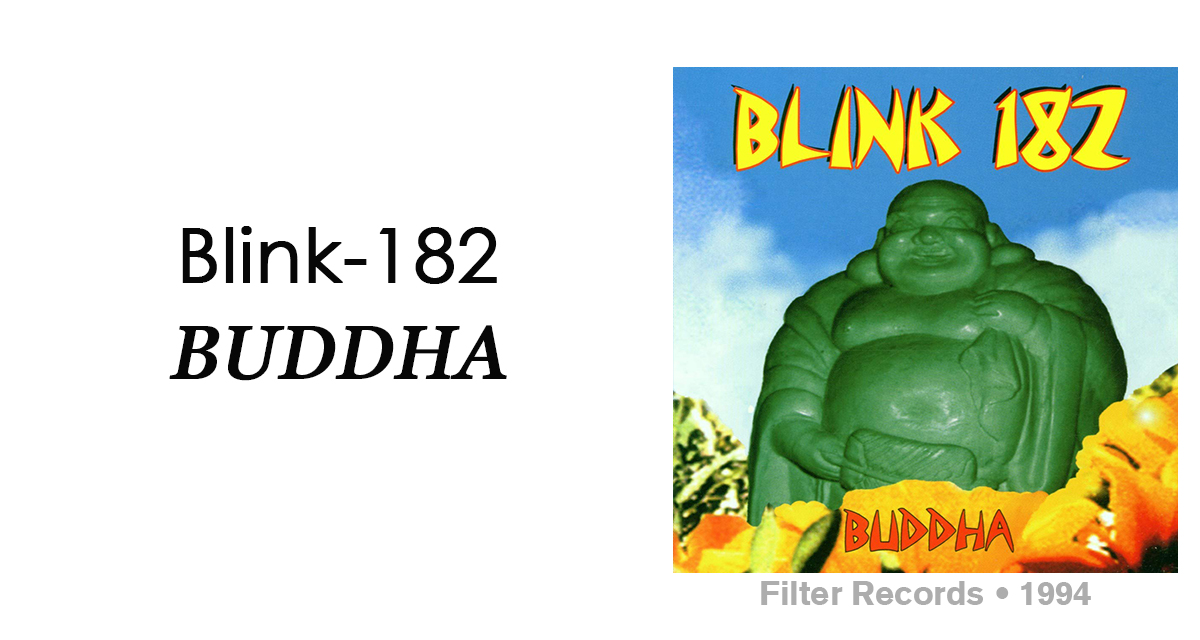 Each Sunday, The Hard Times travels back and reviews a notable album from the past. This week we’re taking a look at the demo that started it all for the late ‘90s early ‘00s kings of pop punk Blink-182 and their album “Buddha.”

Blink-182 has excelled at writing catchy pop punk songs for decades, and putting on “Buddha” is like listening to the band’s gritty origin story. It’s like the band’s prequel to their entire discography. But much like the Marvel cinematic universe, Blink-182 has a universe all their own. They even share characters from different band universes along the way.

If you’re a nerd like me and exclusively watch MCU movies in timeline-specific order to maximize your sexual prowess at parties, you’ll definitely want to listen to Blink-182’s albums in this exact sequence to get the authentic experience as intended.

“Buddha” (1994)
We’ve already established that this is their origin. Start your listening journey here or risk failing to attain true Blink-182 fandom.

“Blink-182” (2003)
Self-titled albums are typically code for a band’s debut. Never mind that this is like their fifth or sixth studio album. Clearly, Blink wanted us to listen to this album immediately following their “Buddha” prequel.

“California” (2016)
We all know that each universe takes place in an exact location that must be established early on or else the audience will be completely lost. Thanks to this album, we know that Blink-182 takes place in the Golden State.

“Enema of the State” (1999)
Every good entertainment franchise has a villain that’s introduced not too early and not too late. This album debuts Blink’s arch nemesis, the dreaded enema. I think we all as an audience can root against that.

“Take Off Your Pants and Jacket” (2001)
Now that the band has built up a healthy backstory, we finally get some action. That’s why this album is next. Action-packed and full of hits, this one will have you at the edge of your seat.

“Cheshire Cat” (1995)
After all that action, a universe will characteristically take it down a notch before picking up again. So why not calm down by throwing a cat into the mix?

“Dude Ranch” (1997)
Every universe has some sort of sexual tension three-quarters of the way through. Blink-182 is no different. That’s why they recorded an album with several skits involving sexual relations with a horse.

“Nine” (2019)
Wikipedia lists this record as their eighth studio album, yet it’s called “Nine.” In the business, this is called an Easter egg. Not sure the meaning behind it, but keep that nugget of trivia in your back pocket.

“Neighborhoods” (2011)
This album ends in a cliffhanger that makes it very much clear its place in the series. However, I simply will not divulge the twist out of respect for the community. No spoilers! Anyway, fingers crossed that JJ Abrams produces the next entry in the B182U.