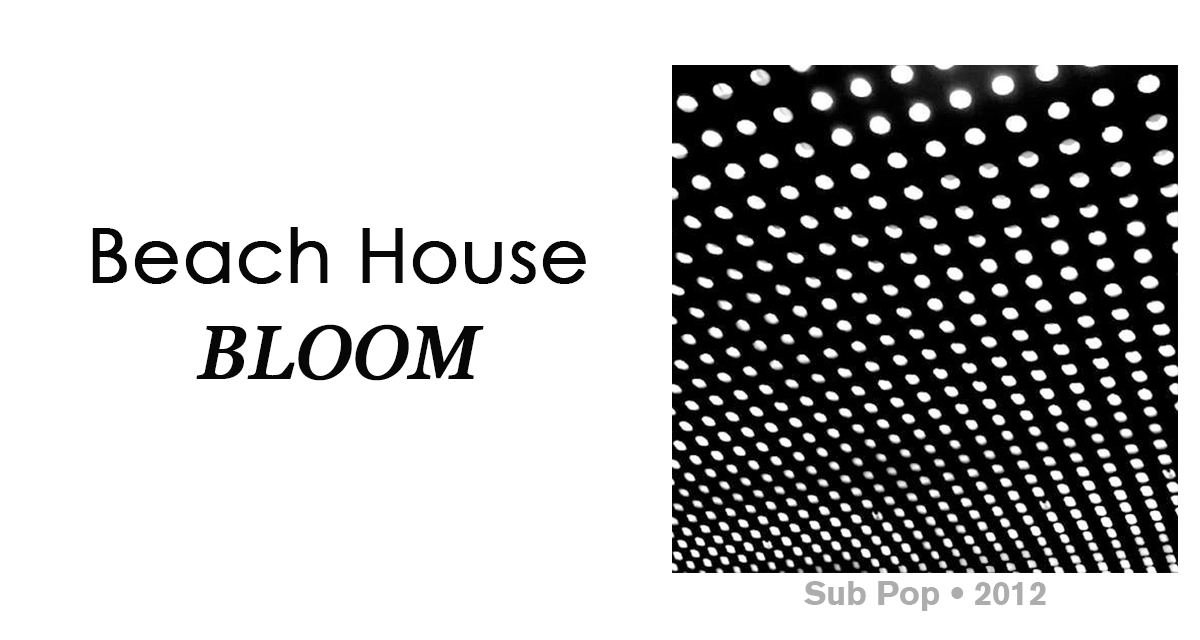 Somewhere between the lands of Shoegaze and Psychodelia lays the great ocean of Dream Pop, an ethereal world of rich sonic texture as whimsical as it is bittersweet. 2012 saw the peak of this contemplative genres third wave and at the very crest of that wave you will find Beach House’s “Bloom.”

I would say deep diving into the soundscapes of this album for this review has been an absolute delight, marred only by the fact that it is now playing all of the time everywhere and my life has transformed into a series of surreal and melancholy vignettes.

It is difficult to explain, I’ll give you a for-instance. This morning I awoke to the playful sounds of “Myth,” the album’s opening track, and found myself dressed as Napoleon standing at a dock in front of an immense old-timey steam ship. Everyone from my life was there in modern attire, and they all shook my hand one by one in a slow-motion procession. Then Abby McCale, my first girlfriend in high school, descended from the ship dressed as the May Queen from “Midsommar.” She gave me a slight kiss on the cheek and everyone nodded as I boarded the ship alone. I looked down at the crowd from atop the great vessel and waved as the ship slowly sunk into the ocean. Everyone applauded.

Just before drowning and right at the start of the album’s second track, the meditative “Wild,” I found myself transported back to my apartment in my regular clothes. Things were normal save for the fact that my living room was now occupied by a bunch of computer-animated swans smoking cigars and watching a cabaret show, again in slow motion, which seems to be the only constant in my new reality.

It’s just stuff like that all the time now. Am I even writing this review? Am I in a coma? Am I dead? What in the fuck is happening?! The worst part is that I can’t even really freak out because of this constant soothing-ass dream pop.

I thought it was possible I just had low blood sugar or something so I threw a frozen burrito into the microwave, but when I pressed “start” the microwave and everything around it started melting, including my hands and face, while the burrito seemed to get colder.

I’m trying to think of more synonyms for melancholy to describe “Other People” but I am hugely distracted by the fact that I am now on the mound of a baseball diamond, the stands of which are packed to the rafters with catholic priests and nuns having a drug-fuelled orgy in, yup, you guessed it, slow motion. I’m holding my hat to my heart so I’m probably supposed to be singing the national anthem, but all that comes out are the lyrics to “Other People.” It’s actually pretty similar to the video for “Wishes,” so if this is a coma I now need to reconcile with the fact that my subconscious is an unoriginal hack.