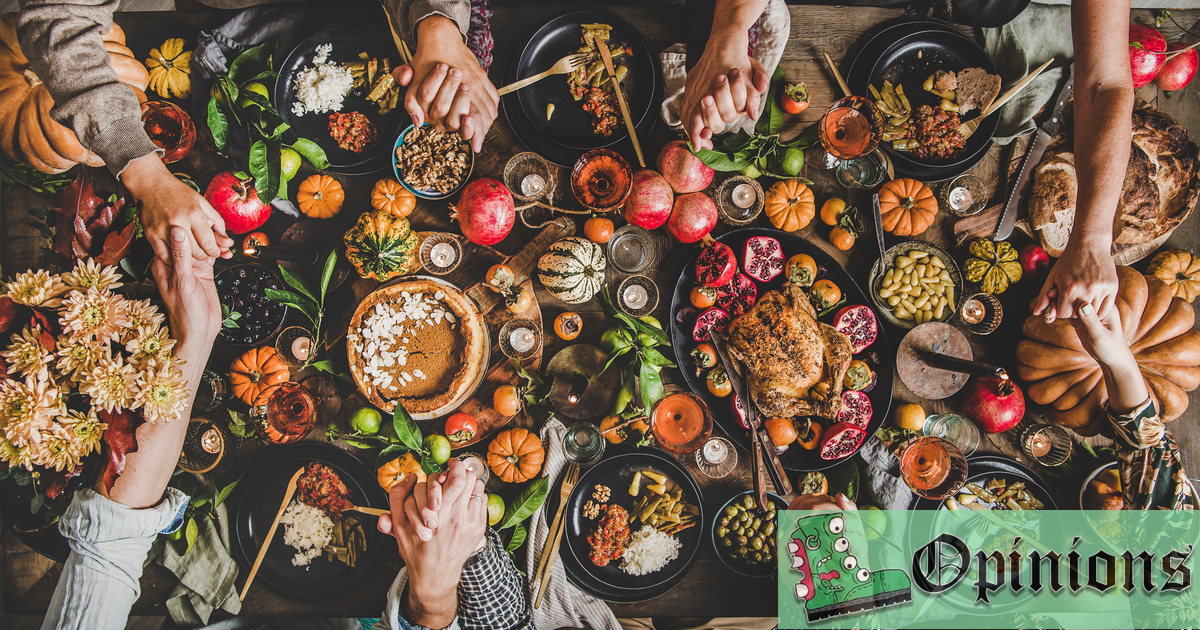 Each year, one holiday brings everybody back to their hometown as families gather to eat, drink, and hide their resentment towards one another through phony platitudes of positivity, or as they call it, “giving thanks.” This Hallmark-adjacent holiday is called Thanksgiving and it could not be less aptly named. Who the hell feels appreciative while eating dry bird with their asshole relatives? I say we make Christmas the official holiday for faking appreciation. At least then we’ll have stuff like presents and eggnog to help lubricate this assfucking the world has disguised as togetherness.

You know what I’m thankful for come Christmas time? Jesus’ unconditional love. Just kidding. The answer is obviously presents. Wouldn’t it be so much easier to say “I cherish you” to a group of people you wish would perish if you had just opened up as PS5? This works outside of holidays too, by the way. Whether I’m on dates, interacting with colleagues, or volunteering at a shelter, I’m much better at faking basic human decency when I have something to gain.

Christmas is simply a better holiday for giving thanks. Thanksgiving’s roots are enmeshed in tragedy and injustice. Not Christmas. In fact, in ancient Rome people originally celebrated on December 25th to honor “the unconquered sun.” Well, we’ve come a long way since then (still haven’t conquered that damn sun, though) and I think adding the tradition of faking love will take this little upstart holiday to the next level.

So this Thanksgiving, when you’re staring around the dinner table at people who look like you but could never understand you, struggling with all your might to come up with something to be thankful for, just close your eyes and pretend it’s Christmas. Pretend you just downed another eggnog after opening up the perfect gift. Then, open your eyes. You only get one family and here you all are under a roof, eating food together despite the disturbingly large number of things that could have happened to prevent that. Now look around at your family again and think how much easier it would be to pretend to love them if you had just opened up a PS5.