We Must Resist Trump Despite His Pretty Solid Points About SNL 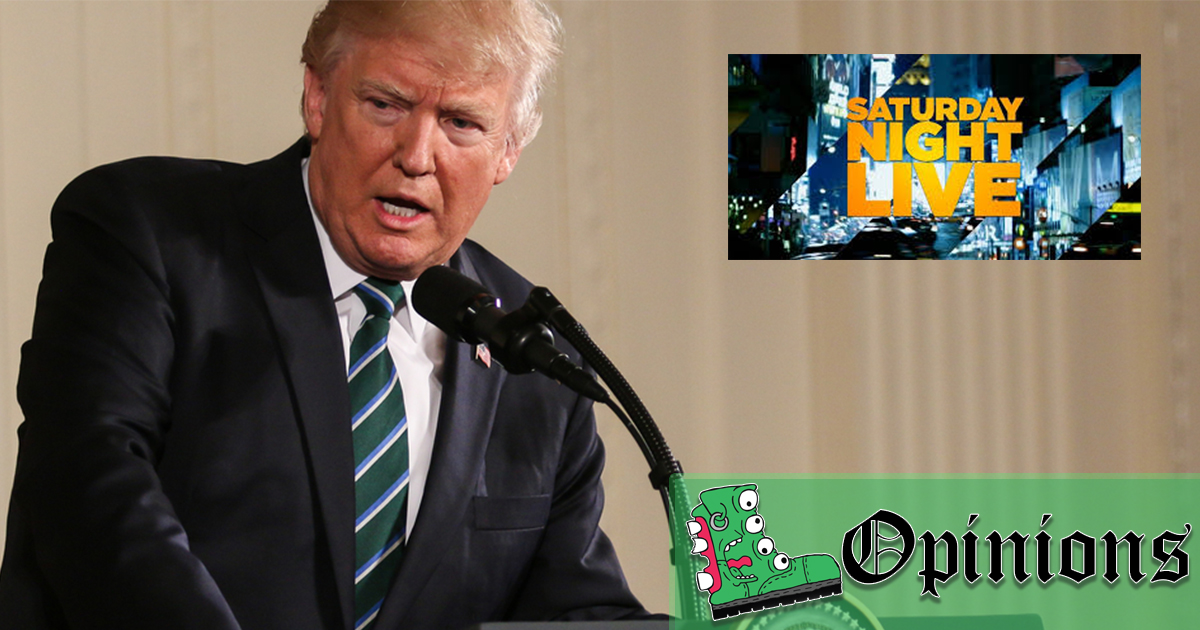 It is unlikely that you needed convincing, but Michael Cohen’s bombshell testimony to Congress this week has firmly cemented what we’ve all known all along. Trump is a con man, a cheat, and a racist. No matter where you fall on the political spectrum you have to face the truth. Donald Trump is a disgrace. He is a cancer on our society. And even though his attack on SNL for being “boring and unfunny” is pretty much right on the money, we must resist him at every turn.

Make no mistake: Donald Trump is right about SNL having no talent or charm and wrong about virtually everything else. His deplorable stances on immigration, civil right and the economy are not justified by his 100% accurate assessment that it is time to retire the joyless institution that is Saturday Night Live.

Let me show you what I’m talking about . Let’s examine the following quote:

“Saturday Night Live is the worst kind of humor in the world.”

Now, this is of course true and can be proven empirically on any home computer. You might think that the person who said this is intelligent, possibly even a very stable genius, but you would be wrong. This quote was said by Chevy Chase, one of the most deplorable monsters of the last century. Even a broken clock who once told Donald Glover that people only think he’s funny because he’s black is right twice a day. Donald Trump is as bad as Chevy Chase, possibly worse even.

Just because Donald Trump had correctly identified SNL as the trash fire amalgam of lazy gay jokes, insincere virtue signaling and hollow parody it has become does not mean he is fit to lead our country. He is a self centered traitor who conspired with the Russians and realizing that SNL’s Cold open hasn’t been funny in years doesn’t change that.

Much like Alec Baldwin, who threatened to sue comedian James Adomian after being called out for stealing material from SNL audition tapes, Donald Trump is nothing but a narcissistic bully and a cheat.

Not since Lorne Michaels has someone so tone deaf and egotistical been granted so much power.