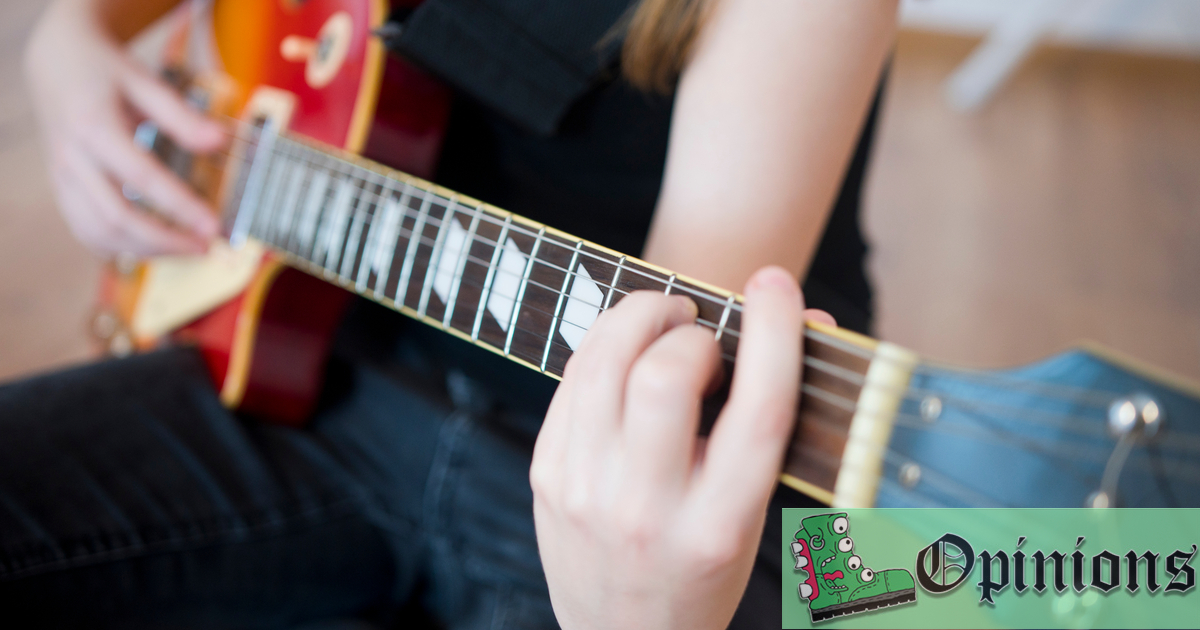 Enough is enough. For far too long, I’ve been waiting for inspiration to fall from the sky and land at my feet. No more! By the end of this year, I can guarantee two things: I’ll have my genre-shattering rock opera mixed and mastered and I’ll finally learn to play barre chords on my guitar without needing to put ice on my index finger immediately after.

Without giving too much away, this album will be an experience. I call it a “rock opera” but it’s more a deconstruction of the concept itself. I have this idea where the left channel is mixed totally clean but the right one gradually decays to the point of complete obliteration by the end.

But guitar is just one aspect of this album. I’m going to have a whole host of instrumentation on this. It’ll seem like your typical five-piece setup at first until a droning reverie of clarinet takes you through a polyrhythmic timpani arrangement. And that’s just the first movement!

And when I get a few free minutes, I’ll try and work on barre chords some more. Or maybe I could just do some cool inverted chords instead. That’s more cutting-edge than an F#m or whatever, right?

No. I’m going to make this happen. Not only will I bring my opulent musical vision to life, but I’ll do it with the help of barre chords from the first fret to the twelfth.

But if it still really hurts, I’ll just figure out what to do with a capo.