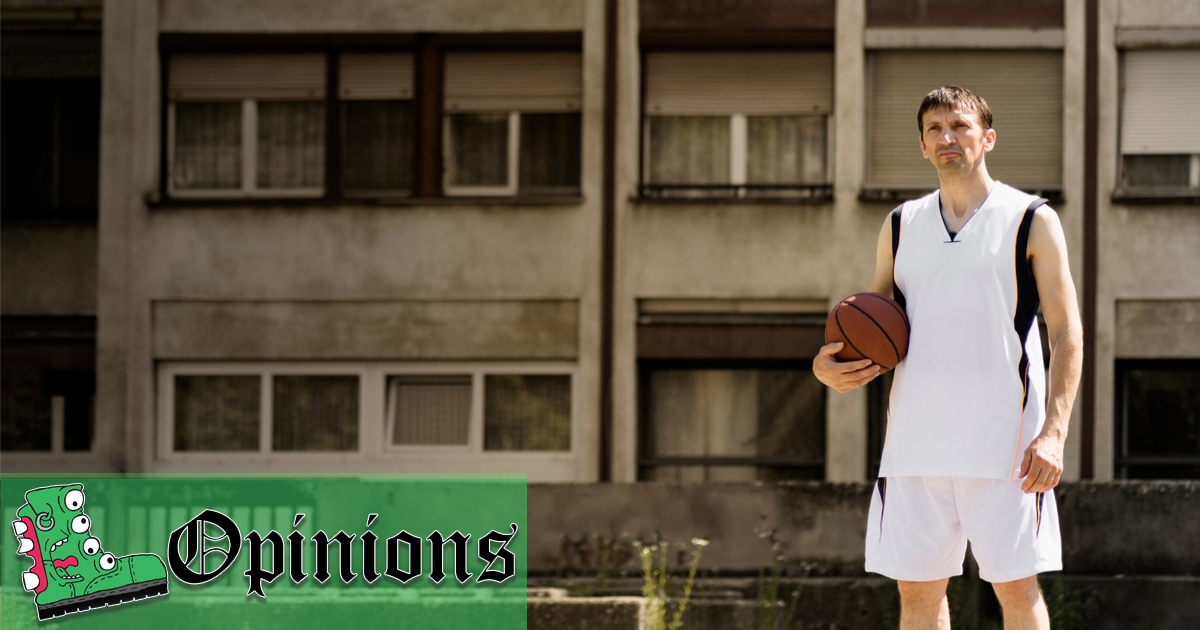 Our society is finally embracing equality. With more female politicians elected to office than ever before and more diverse representation in Hollywood, we’re trending in the right direction. But we can no longer ignore that elephant in the room weighing on everybody’s mind…how can we possibly claim equality when no will teach me how to slam dunk?

Let me paint a tragic and utterly heart-breaking picture for you: Imagine an all-male freshman college dorm circa 1993 (which is maybe also problematic? I’m not sure. Whatever, stop making this about you and your personal crusade). A braggadocious game of NBA Jam leads to an impromptu dunk contest involving a neon green-and-orange Koosh and a novelty-sized plastic basketball hoop. Everybody’s joshing around, having a blast, until it’s my turn to “throw down.”

Six failed attempts and two concurrent hernias later and suddenly the inequality inherent in our society became perfectly clear to me.

Although my story is a particularly painful one, this is a widespread issue. The systemic failures of a society in which 5’7” white guys are so horribly underrepresented in the NBA’s Slam Dunk Contest are all too clear.

To this day no one has taken the time to each me how to dunk, despite my repeated and public pleas to friends, family, and the dog wrangler on Air Bud.

Is this really our idea of a fair and just society? Surely, someone must be willing to put in the effort required to help this op-ed columnist deliver a Reverse Windmill in traffic. It seems like such a small request. Fellow citizens, when will the David “Boom Shakalaka” Brooks of the world be allowed to go hard in the motherfuckin’ paint?

The solution is obvious: we must remedy this problem incrementally. I can think of no better place to start than at the YMCA this Saturday afternoon. I’ll be the guy wearing two oversized hernia prevention belts and practicing lay-ups on the lowered rim in the Kids Club.