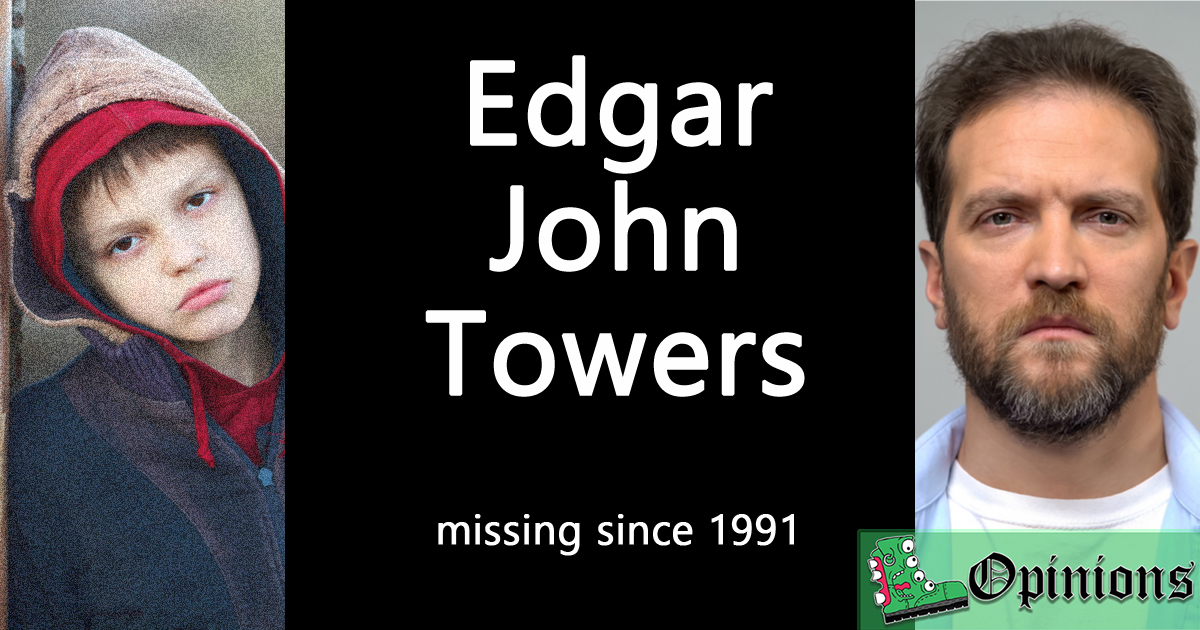 When did America lose its values? There was a time in this country when people knew their neighbors, where they weren’t afraid to greet strangers on the street, and would say things like, “Hey, weren’t you one of the missing kids from the Soul Asylum video? Holy shit man, let me buy you a drink!” It was a simpler, happier time.

Nowadays, everyone’s 15 minutes are already up. You’re only as good as your last tic tock blog or whatever the hell it is. It wasn’t that way in the ‘90s. Yessir, minor celebrity had itself a shelf life back then, and a guy who found himself in the spotlight for a minute one way or another could squeeze a pretty sweet life out of it if he played his cards right.

Take for example oh, I don’t know, a scrappy young street punk by the name of Edgar John Towers, aka yours truly.

Edgar had the good sense to get himself missing during the biggest boom in the missing child world since the milk carton: the Soul Asylum “Runaway Train” music video. One minute he’s huffing glue by a trash fire with his fellow transients, the next, he’s on fucking television. He was on television in the ‘90s, back when that meant something.

The payphone we all hung around started going off the hook. Before I even told my parents I was still alive, I got myself booked on Larry King Live, Oprah, and something called Sally Jessy Raphael that mommies and daddies used to watch. After some tense negotiations with Mom and Dad (they wanted 60% public appearances and book rights, as if!) I was picked up and brought home. They had a fucking parade for me.

Yes, that was a good couple of years. I was all over the talk show circuit, Aaron Spelling was developing my life story into a teen sex show for FOX and everywhere I went people were buying me lunch hoping I would share the sordid details of my mysterious disappearance. But as they say in “The Outsiders,” a book they used to make us read in school to help us understand the American class system, “nothing gold can stay.”

So howbout it man. Buy me a beer?