PC Run Amok: “I Can’t Even Scream Awooga and Drop My Jaw Literally to the Floor When I See a Pretty Nurse 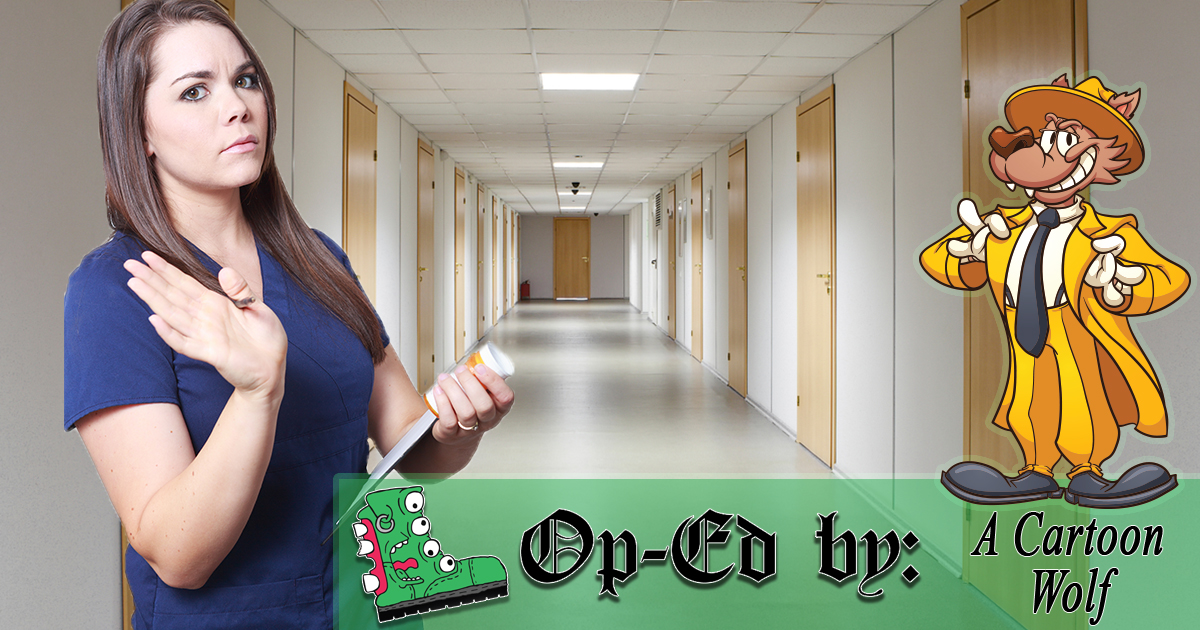 Hell, you can’t even say “hi” to a woman these days, let alone compliment a woman’s figure by transforming your head into a steam whistle and then smacking yourself repeatedly with a large wooden mallet, without getting accused of sexual misconduct.

There once was a time when men could flirt without fear of being “cancelled,” or worse yet having an anvil dropped on their heads. And it wasn’t just boys being boys – the women actually liked it! But now? You would not believe the dirty looks I get after my tongue unfurls seven feet upon seeing a pretty dame with stems that run from here to Albuquerque.

If you’re not careful these days you’ll wind up in prison next to Harvey Weinstein and MC Skat Cat.

I’ll give you an example of how bad it is for regular guys like me. One day, I was out hunting rabbit when my prey stuck his finger inside the barrel of my rifle, causing it to backfire in my face. I stop by a sanatorium to get my snout turned back around to the front, when all of a sudden a pretty nurse walks into my room selling cigarettes. So, what’s a hot-blooded, anthropomorphized wolf like me supposed to do? Am i supposed to ask for consent before I drool so much she literally needs to paddle out in a canoe? I don’t even know what is and is not appropriate anymore. So instead I do nothing, because I’m terrified of being “metoo’ed.”

And unfortunately, men, it’s not just tuxedo-wearing wolves that need to worry. The anti-flirting feminazis are out for blood. It doesn’t matter if you’re an innocent French skunk that mistakes a cat for a female skunk after it gets white paint down it’s back. If you so much as smile at a woman, you’re going to be accused of sexual assault and/or pounded like a railroad spike into the ground faster than you can pull out a wooden sign that says “mother!”

There was a time when eating a woman’s grandmother and then impersonating her was considered courtship. That time is over.