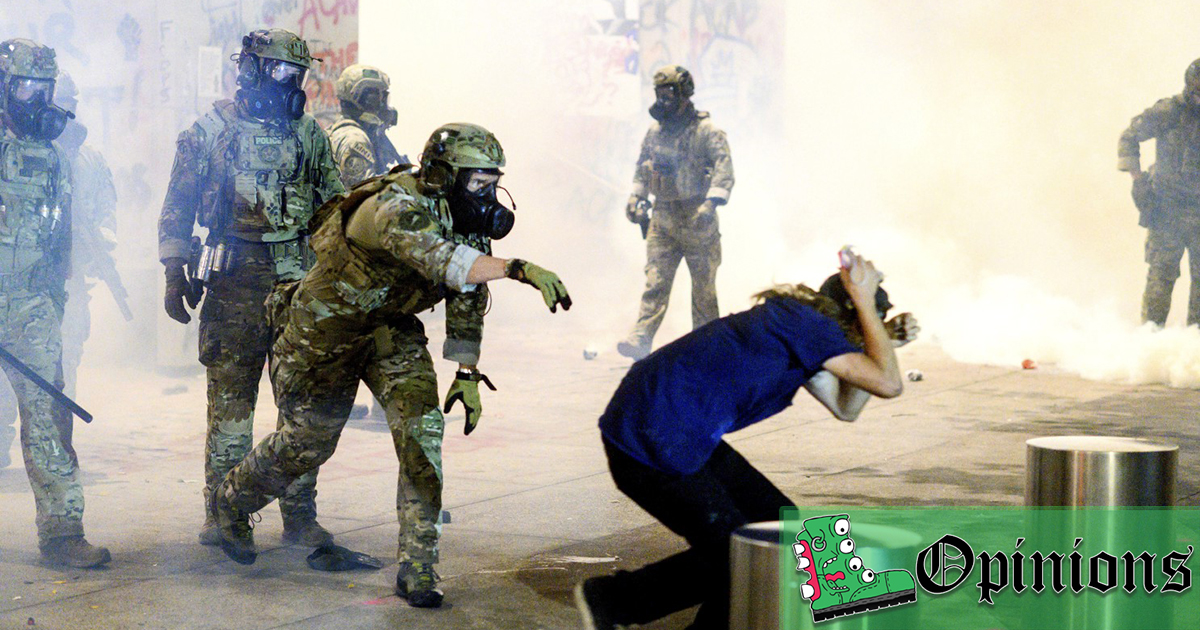 Well, looks like the liberal media is up to their old sensationalist tricks, yet again. First, Trump couldn’t have his personal friend Vladimir Putin help him win the election without it being called “collusion with a foreign power.” Then, he couldn’t detain and torture a bunch of immigrant children without it being called a “concentration camp.” And now, all of a sudden, he can’t send a bunch of federal agents in paramilitary gear to throw his political critics into unmarked vans without a bunch of snowflakes calling it “secret police.”

Don’t fall for these liberal scare tactics. The fact of the matter is that the average, law-abiding American with no firm grasp on constitutional rights has nothing to be afraid of.

Think about it. Why should you be afraid of a secretive militarized task force wearing clothes identical to extremists operating under a deliberately vague agenda and attacking American citizens when you don’t even understand how illegal that is? Why should you care that they are detaining peaceful protesters in unmarked vehicles when you have no notion of the dangerous precedent that sets? You probably didn’t even understand what half of those words meant, so relax!

Do not let these commies and their oh-so-precious amendments frighten you. You only need to be concerned with one amendment. No, it’s not the first one—for the love of God DO NOT read the first amendment—it’s the second one. These liberals are always trying to take your guns away and that’s why they’re out in the streets protesting for all you know.

Look, at the end of the day, there are people who read 1984 in high school, and then there’s you. You’re safe!

If the liberals had their way, our cities would be swarmed with Barrack HUSSEIN Obama’s private army, enforcing his agenda with no regard for the law. That’s why we need Trump’s private army with no regard for the law in all of our major cities, to make sure that doesn’t happen. Or, to make sure it didn’t happen. Look, it’s all confusing. Aren’t you tired? You should fry something, it’s delicious.

Ok, let me put it this way. You know how not understanding the risks of Covid-19 means you don’t have to wear a mask? Same mechanics in play here.