Opinion: Yes I’m High, but That’s Not Why I’m Naked and Sweating 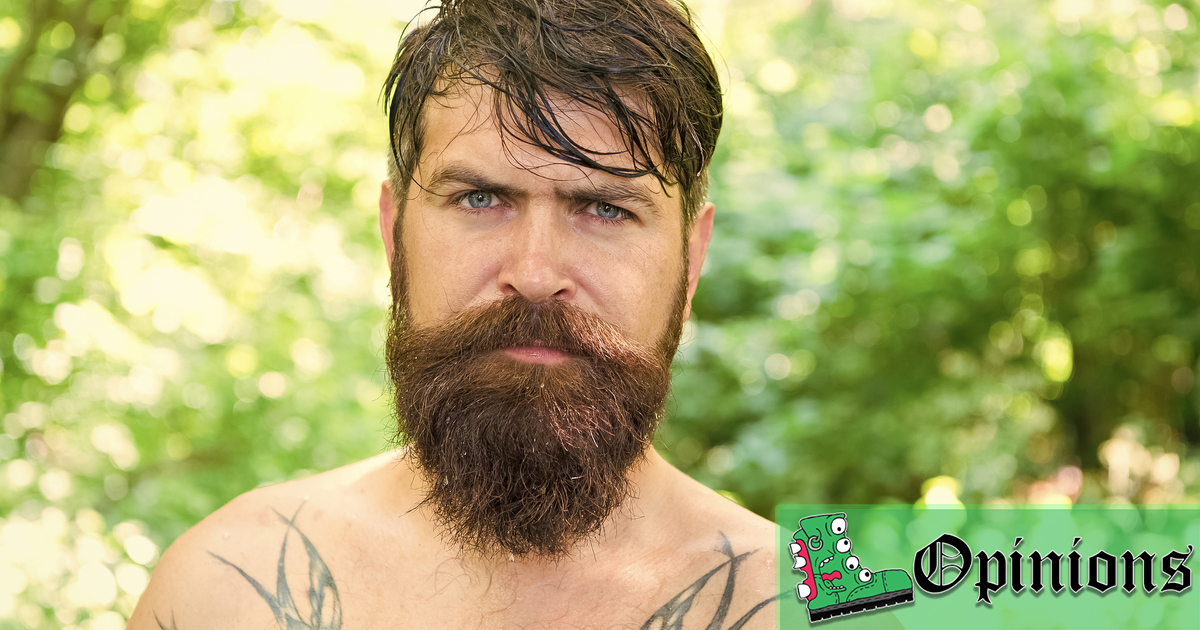 It would indeed be astute of you to point out that I am naked, sweaty, and on drugs. However, I can assure you that these facts are most definitely not connected.

Why am I naked? Well, earlier in the day, I thought I saw Gary Busey at Corgi Beach Day, so I ran towards him. I’m a huge Point Break fan and he’s the only one in that movie whose autograph I don’t have yet. Anyway turns out it wasn’t Gary Busey, just a guy who looks a lot like Gary Busey and is sick and tired of hearing about it, apparently.

The false Busey started screaming at me saying that I was a disgrace to the spirit of Corgi Beach Day. All the yelling must have upset the corgis because a pack of about twelve of them started chasing me down the beach. I started to get a fairly good lead on them but they were pretty quick to catch up with me.

Did you know that a pack of Corgis is called a Rowdy? I know that because I was almost killed by a Rowdy. How cute is that?

One of the corgis latched on to my pant leg. That would be bad enough but one of the other dogs bit on to that first dog’s tail. All of the dogs did this and created a sort of dog chain. Then with the force of twelve corgis, those little pups worked together to yank the pants clean off my legs.

The only thing I managed to wrestle out of my pockets before the Corgis devoured them was all of my drugs. I consumed them immediately because I no longer had pockets to keep them in. It’s not a crime to be on drugs, right?

Oh the underwear? Well, previous to the incident, I was eating jello and someone asked me to help pick up their corgi’s massive poo. I didn’t want to throw the jello away, so I put the jello cup in my pocket. Well, I guess by the time the corgis latched onto my pants, the jello had leaked and formed a sort of sugary glue, acting as a bond between my pants and my thong. So when the dogs tugged, the underwear went with the pants right away.

The shirt was removed because I didn’t want to be Donald Ducking it. In for a penny in for a pound as they say.

Anyway, I’m stumbling down the boardwalk naked and sort of high when who do I see but my ex! The one who left me at the alter mind you! This is when the anxiety started to be coupled with anger. Large beads of sweat started to frame my entire body like shimmering Swarovski crystals. I was absolutely floored by this encounter. The anxiety started at my feet and went up to the top of my head like an old-timey thermometer.

My body suddenly surged with adrenalin so that I could either fight or take flight, but for some reason, I used it to shit myself and cry right in front of her.

Anyway, she got me an uber home and I grabbed a shower and now I’m jogging naked to blow off steam. Can I go now?