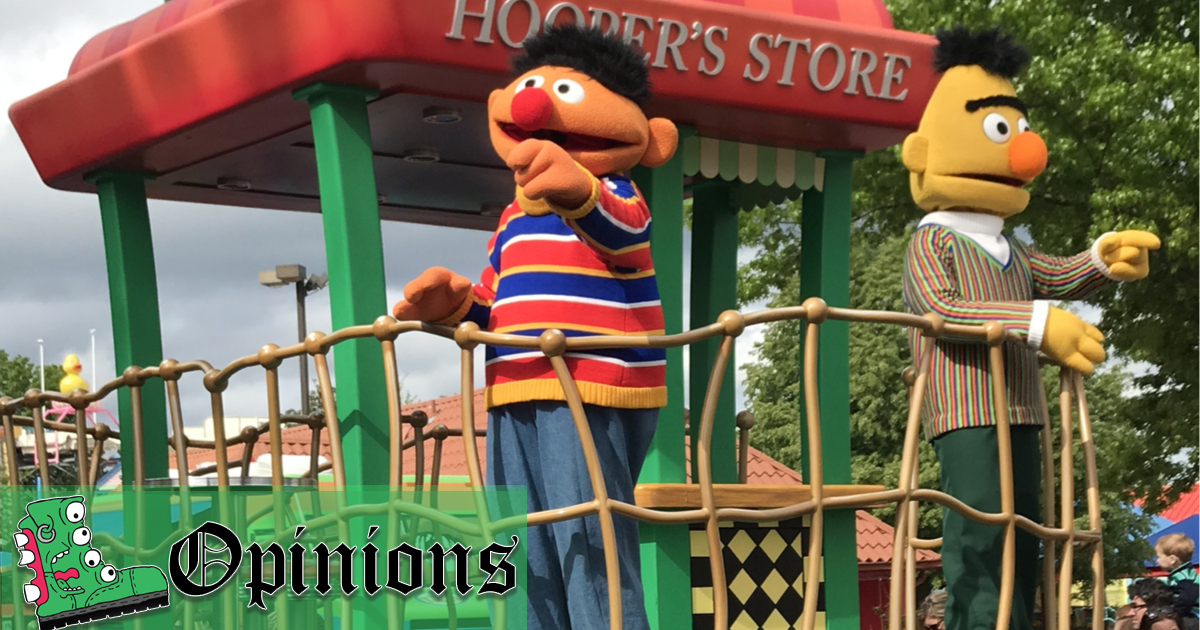 Earlier this month Sesame Street script and songwriter Mark Saltzman made the claim that Bert and Ernie are, and were always intended to be, a homosexual couple, reigniting a long standing national debate on the issue. Coastal elites flocked to the internet to debate the claim endlessly, all the while ignoring the fact that hundreds of muppets in Flint Michigan are still without clean drinking water.

I’ve seen it. Talking bears puking in the streets. Families of anthropomorphic rats camping outside of Walmarts, desperate to bring a case of poland spring back to their shanty town. Children with bulbous yellow foam heads and what appear to be puffed cheese doodles for hair with bloody noses. These muppets are victims of a crumbling infrastructure and America could apparently care less.

These salt of the earth working class muppets have been marginalized and all but forgotten by the wealthy fat cats who claim to represent them. What has Sam the Eagle done for the muppet babies of Flint? Nothing. But with the slightest whisper that Bert and Ernie might be gay he takes to twitter immediately, threatening to end his relationship with the Sesame Street gang if the two go public with their relationship. Shameful.

Like so many issues of our time, the Flint crisis had its moment. When it first made headlines people were outraged. Then Janice from Doctor Teeth and the Electric Mayhem organizes a benefit concert, everybody uses some bullshit support hashtag for about a week, and the whole thing is just dropped and forgotten. Everyone’s comfortable just pretending the issue is resolved.

While the rest of you argue what Bert and Ernie do or don’t do with their tiny little felt weiners and diverge into tangents about matters as trivial as “which ones the top?” (when it is so fucking clearly Ernie,) muppets in less fortunate areas of our country struggle to survive.

Right now, somewhere in Flint, a single pig mother of seven half pig half frog hybrid children is working three jobs just to put food on the table. What is she going to do when the tainted water of her failed town makes her entire family sick up silly string or whatever it is sick muppets do? How are working class muppets supposed to pick themselves up by their strings when their country doesn’t care if they live or die?