Opinion: The Thing You Said, but Rephrased so It Sounds Like My Idea 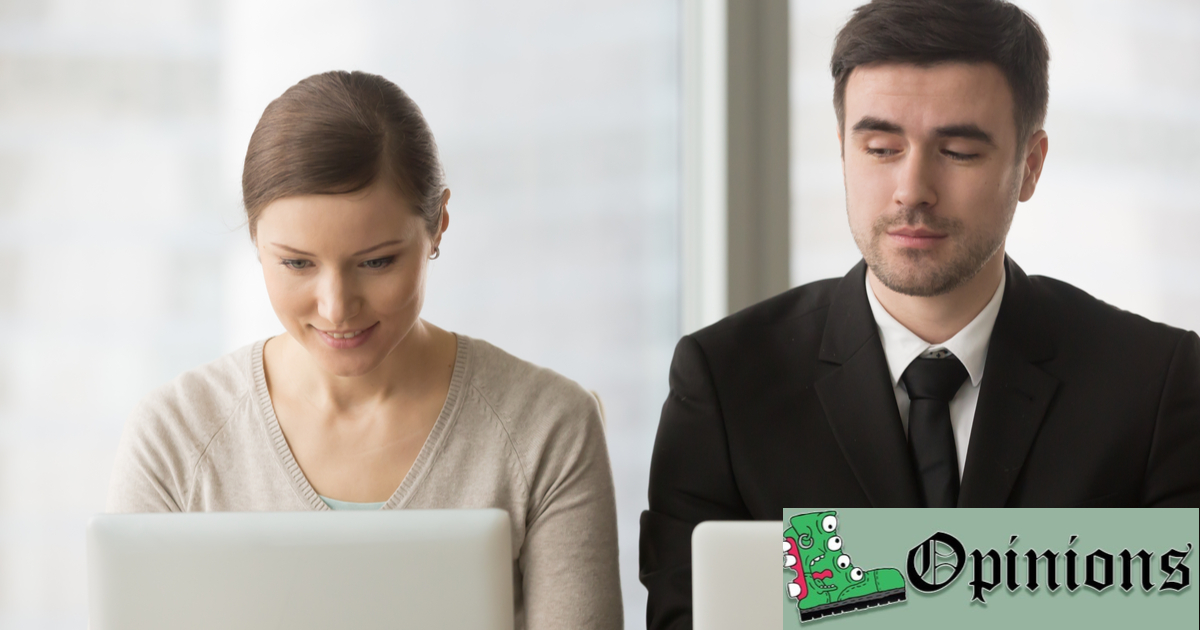 Hiya Kelly. Just wanted to pop in real quick and rap with you a sec. You remember that great idea you had about how the sales department could slash our budget by 4% while still exceeding our quarterly goals? Well, BTDubs, I slightly rephrased your idea, wrote up a quick one-sheeter, and emailed it to our supervisors and also a few of the VPs. I would have cc’ed you, but you’re so busy I didn’t want to bog you down with more nonsense.

I realize I could have let you bring your idea to the supervisors, but my slight variation on it was just too good to wait.

Well, no I didn’t mention you in the email. Believe me, I totally wanted to give you credit. In fact, I really did in the first draft. But it just interrupted the flow too much and I didn’t want it to get in the way of the terrific idea. Besides, we’re a team, right? Let’s not worry about who gets credit for what or how slightly rewording your idea and sending the email makes it look like I came up with it. As long as the sales department succeeds it’s all gravy, right? You’re a team player, aren’t you?

Okay, I can sense you’re a little p.o.’ed here. Maybe we should unpack this a bit.

I’ll grant you that, yes, this might look unethical on my part. But I was actually doing you a favor. You might not realize this Kelly, but we live in a man’s world. And sadly, a lot of men, possibly even our bosses, might not take your ideas as seriously as they would coming from a guy. I know, I know. It makes me sick, too!

What’s that, Kell? A lot of upper management are women? And also don’t call you “Kell?” Fair enough. And yes, there are a lot of women in upper management but they can be the most sexist of all due to internalized misogyny. So the only way to truly let your idea shine is if I pitched it for you. You’re welcome.

For what it’s worth, this great idea of yours has got me in line for a huge promotion. Don’t worry, I will totally pay you back once I’m in charge. Assuming you keep sending me whatever clever ideas pop into that adorable little head of yours, that is. Sound like a deal?

This is how we’ll dismantle the patriarchy, girlfriend: together. But with my name on it.