Opinion: The Dead Kennedys Are a Massively Underrated Shirt 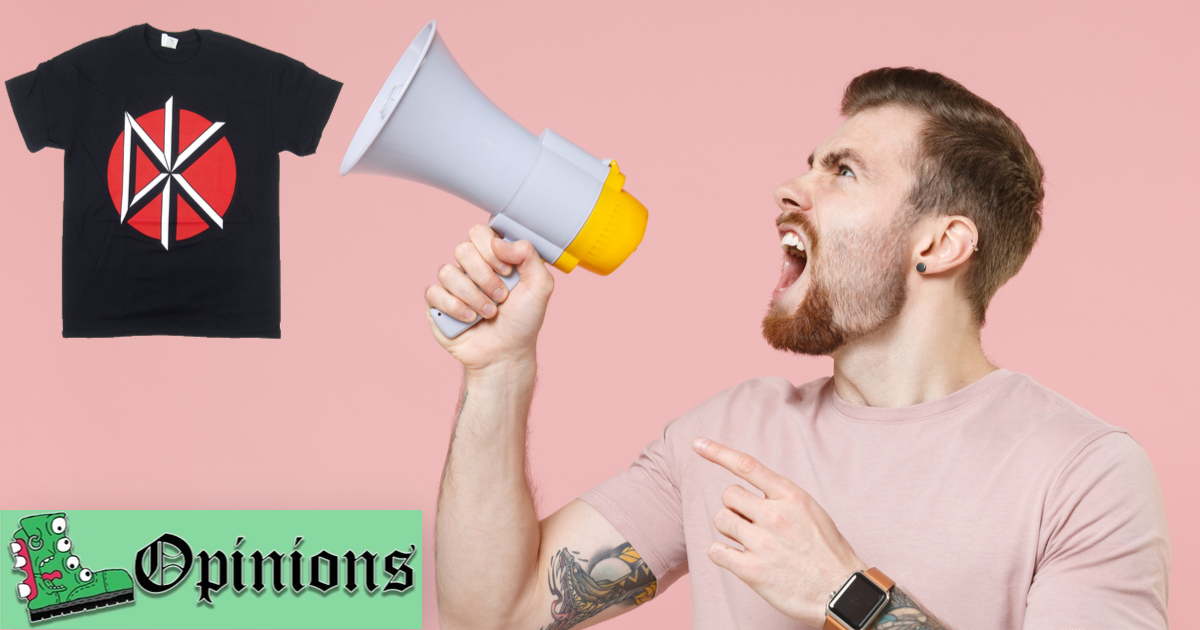 Whenever some hotshot music historian writes about the “big three” in punk rock, who do they always say? The Ramones, The Misfits, and a swastika with a line drawn through it. These are the top three shirts people think of when they hear the word “punk.” That’s where I think we as a community have been criminally undervaluing one of our most revered and groundbreaking shirts: the Dead Kennedys.

Dead Kennedys, or “X with a closed left side and a vertical bisecting line” as they’re known to shirt-heads everywhere, should never be left out of the conversation when it comes to most influential punk shirts. While so many other punk shirts were loading up their body with shallow aesthetics like burning flags or presidents who aren’t mine, the Dead Kennedys stayed vigilantly on message and let the logo speak for itself.

Look, I get why the Misfits are number one. It’s a skull and it’s cool. It also has broad appeal. Too broad, honestly. Every Halloween, more and more kids’ dumbass parents keep accidentally buying them Misfits tees. It’s really embarrassing to show up to trick-or-treat in your 30s wearing the same shirt as the eight-year-old your ex really insists is yours.

The Misfits are a great shirt. Fine. But how in the fuck did the Ramones get so big?! Sure, the eagle logo rules but who’s buying a shirt with four random names on it? And they used their brand name up top! So tacky. Whatever, all their shirts look the same anyway. They just change a name or two every couple years.

I simply want the Dead Kennedys to be placed in the discussion for the top 3 punk shirts of all time. And if this is not rectified in the form of end-capping all of our Dead Kennedy merchandise, I will be forced to resign from my third-key management position at this Hot Topic.