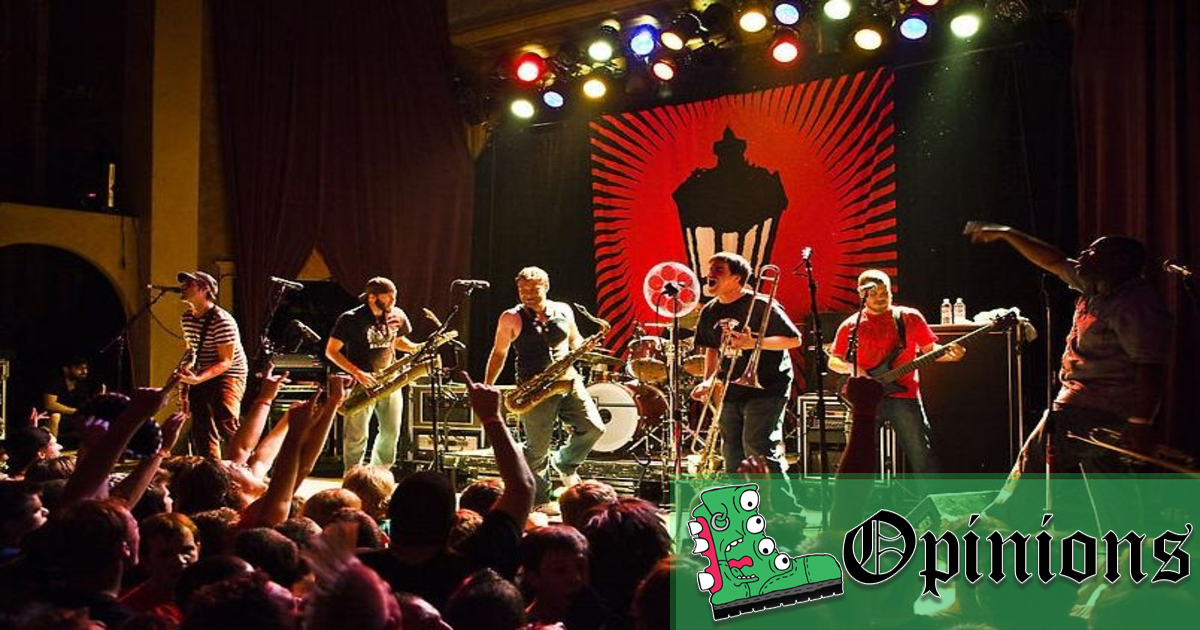 There’s a lot of debate in music circles about whether or not Streetlight Manifesto is, in fact, a ska band. I’ve followed the band since their inception in 2002 and this debate has raged on with equal force on both sides for over a decade. Countless pieces of evidence have been brought up on both sides but to no avail. However, I have found the definitive argument to support the one true answer to the question, “is Streetlight Manifesto a ska band?” The answer is no. The reason is because they are good.

The most common non-ska classification for Streetlight Manifesto is that they are ‘punk with horns.’ You can tell because the lyrical content and general energy and tone of the band rests firmly in the punk category. You could remove the horns from any Streetlight song and be left with something that more closely resembles punk. Ska, on the other hand, is objectively terrible and every single song in the genre sounds like my parents having sex.

Another common argument for why Streetlight Manifesto is not ska is that they merely ‘sound like ska.’ Over the decades, it’s common for bands of all genres to take aspects of ska and mix them into their songs here and there. However, Streetlight Manifesto injects a bit of ska into every one of their songs, leading to their frequent misclassification as a ska band. You see, Streetlight may incorporate ska staples like upstrokes, walking bass lines, and reggae drumming, but you can clearly tell it’s not ska because you haven’t slammed your head repeatedly on every hard surface in your vicinity until the demon noises stop.

Streetlight may incorporate aspects of ska into their music but, as we’ve established, they’re a good band so they throw things from all sorts of genres in the mix! If you listen to any of their songs you will clearly see how Streetlight Manifesto utilizes complex music theory along with perfect musical precision and unique song structures, whereas ska gives you ear cancer.

It’s really obvious when you think about it. Why is this even a debate?