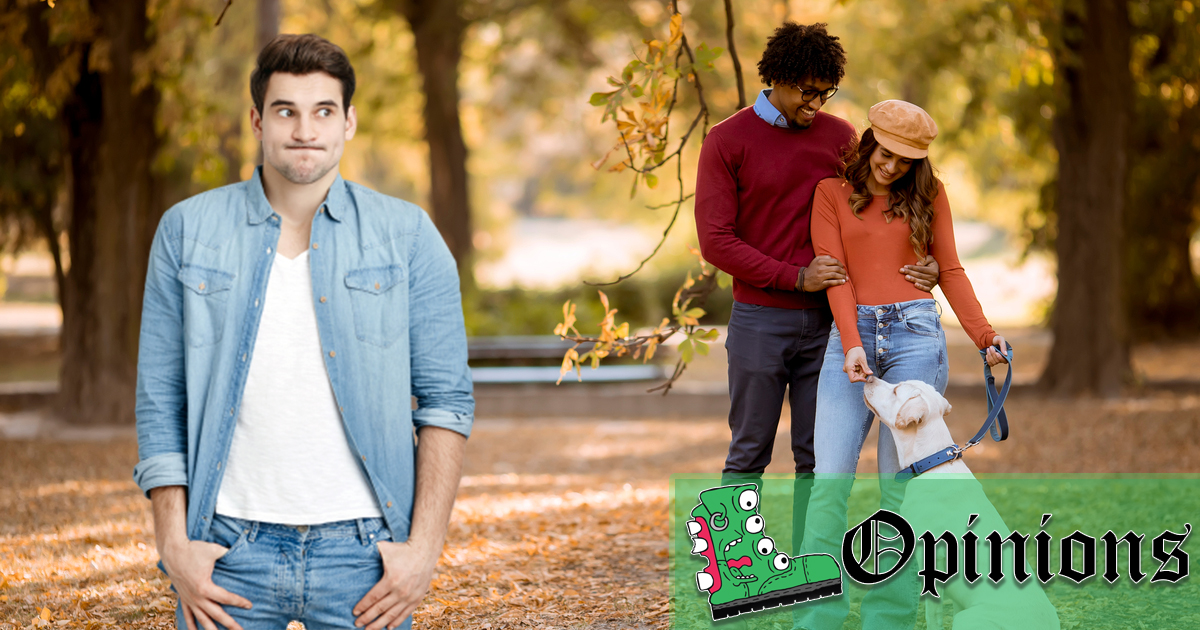 People are always coming after my friend Steve for being “racist,” but I prefer to think of him as “descriptive.” There’s nothing wrong with a few observant descriptors when you’re relaying a story, songwriters do it all the time. So what’s the big deal if Steve has a weird habit of adding a person’s race to their description?

Just last week I was watching a movie with Steve when he suddenly recognized one of the actors from another movie. When I asked which actor he recognized, he responded with “the black one,” because what else was he gonna say? Also, Steve totally confused the actor for Shaquille O’Neal, but I’m sure it happens all the time. Hotel Rwanda, Kaazam, same difference.

Steve is a considerate person! When my biracial cousin Tyler got accepted into college, Steve was the first kind soul to say, “Congratulations on your basketball scholarship!” What a guy! Now sure, Tyler has ever played a game of basketball in his life and actually got in on a scholarship from the biology department, but it’s the sentiment that counts! Besides, Tyler is incredibly tall, which I’m sure is what Steve was referring to when he said “those people are usually just really good athletes.”

Steve is always doing nice things. Today he offered to order takeout from the “nice oriental place across the street.” What? He made an objective, observant, factual comment; they are actually very nice oriental people and they make the sick egg rolls. Sure he did point out that the reason the egg rolls are so good is “probably because of all the MSG” and added “that shit will kill you if you’re not careful” but hey, he’s just health conscious! And he even went on to acknowledge “that’s just how those people do it in their country where they’re from originally before moving to America legally.”