Opinion: No One I Sold Oregano to in High School Should Be President 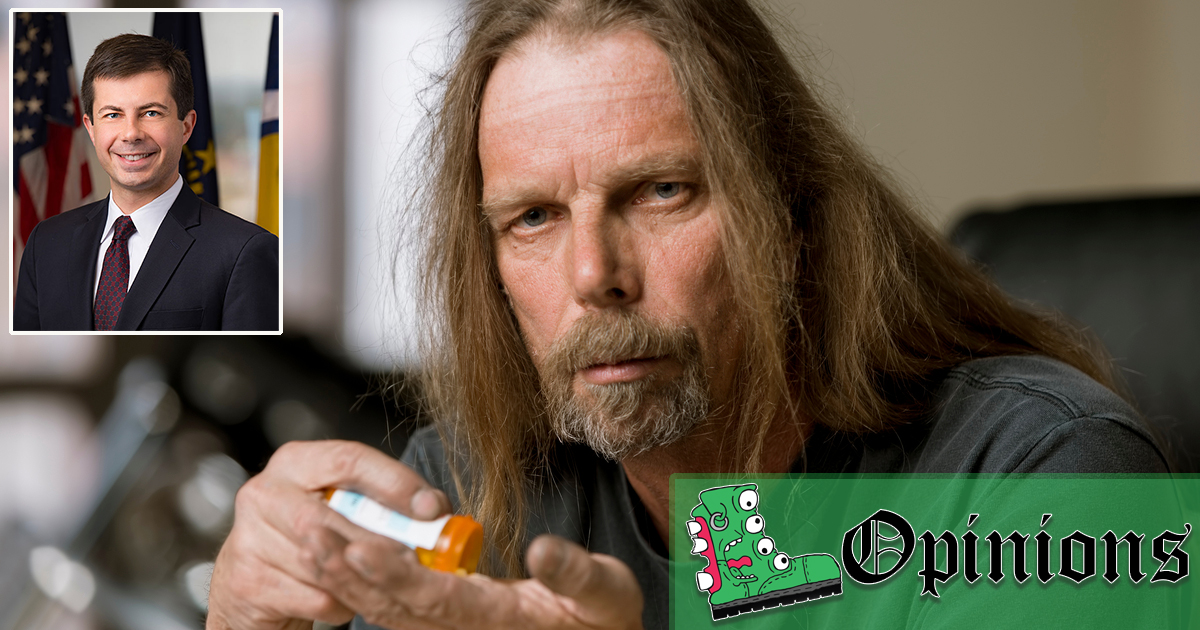 Lock. Him. Up. That’s what I wish I could say about Pete Buttigieg, but unfortunately, that dork is way too lame to be MY president. I’m speaking from first-hand experience here. I went to high school with Buttigieg. In addition to this super original nickname I gave him (just try and guess!) I was also his weed dealer. Correction: I was a weed dealer who he thought he was buying weed from. But I identified that little nerd as a mark from a mile away and sold him oregano on the weekly.

He seems like a swell guy but I am a hard line voter on this issue. No one I sold oregano to in high school will ever receive my vote for city council — let alone the President of the greatest country ever known.

Years ago I saw that my old client Pete “the Gieg” Buttigieg was running for Mayor so I did a little research on the guy and found out he was on the team at McKinsey that tried to privatize the post office. Can you believe that bullshit?! What a Gieghole!

But more importantly to the voting public, in high school Pete Buttigieg didn’t know what weed smelled like. He’d take the bag (still marked “oregano” by the way) and take a big sniff and say, “Mmm that weed smells neat!” I’d call him a narc but at least narcs can recognize the difference between drugs and my mom’s seasoning cabinet.

Oh also, I heard from Johnny Q (my boy from South Bend prep who used to “share” Pete’s homework) that the black police chief he fired was actually let go because Buttigieg thought he “smelled like weed.” You know what that means? This racist asshole fired some guy for eating pizza!

Plus, he called my parents’ place a couple of times after he got elected mayor and asked my mom if I still “sold any of that stuff from high school.” However, I don’t scam people anymore. I’m a used car salesman. That said, I’m not one to turn down 60 bucks for 3 dollars of oregano so we’re meeting up next week.

Ugh. Just thinking about that smug bastard smoking oregano in the Oval Office while ordering drone strikes makes my blood boil. We cannot allow this to happen.