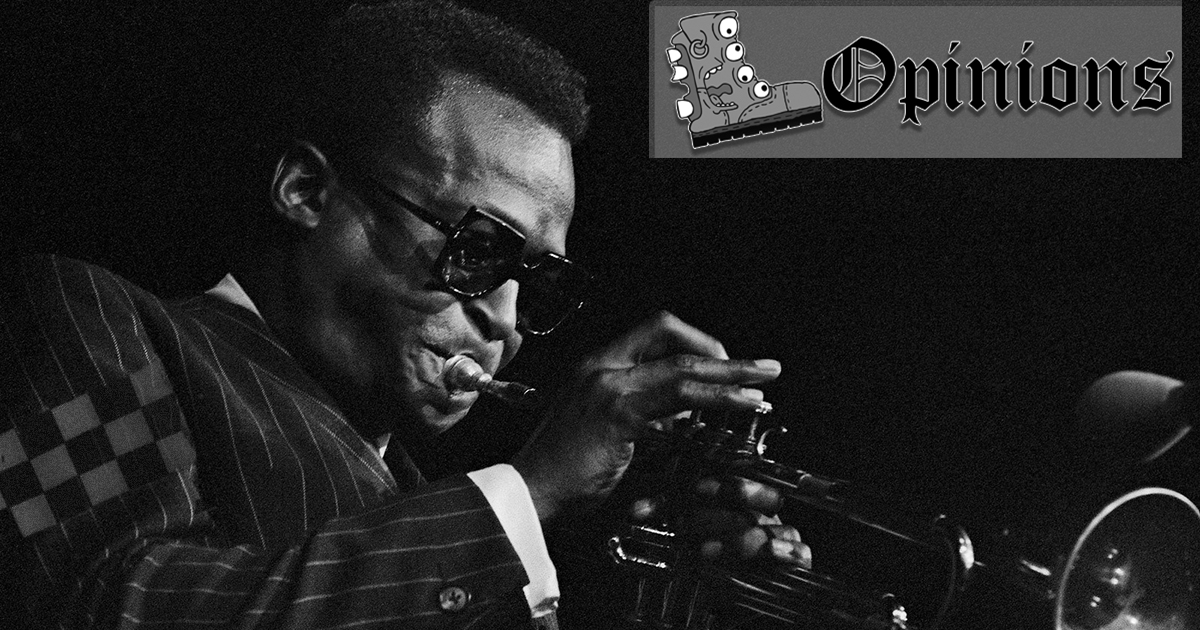 These are just some of the terms used to describe legendary jazz/ska trumpeter Miles Davis. He never once confined himself to the boundaries of genre and in his rebellion he birthed new genres entirely of his own. Cool jazz, modal jazz, second-wave ska- all draw direct lineage to Davis aka the “Reel Cool Fish.”

For example, take ‘Dr. Jackie,’ the opening track of 1959’s Milestones. Davis’ bright, upbeat trumpet blasts seamlessly weave between syncopated piano upstrokes. In the first minute of this song Miles took inspiration from the Jamaican first-wave ska scene and laid forth the foundation of what ska could sound like in the future. Lesser talented American and British musicians would simplify his formula to a painful, obnoxious imitation of his calculated musicianship, leading to the first use of the term ‘poser.’

His works in the 1960’s represent a conflict of conscious with his relationship to the ska world. While many considered 1969’s ‘In a Silent Way’ to be a rebuke of the unlistenable ska scene he developed, others point to its use of organ as yet another step towards ska maturation.

This album led to The Great Ska-ism of the 1970’s, where ska bands were divided into organ vs. horn groups. Violence broke out in local ska scenes and Miles Davis was even arraigned on charges of inciting ska-on-ska violence, but was ultimately acquitted. Thank Moog.

Third-wave ska developed in the last few years of his life. Davis produced a number of songs and albums for bands like Operation Ivy (the Hectic 7″) and Fishbone (Bonin’ in the Boneyard EP). But letters and family accounts confirm that he was so disgusted with the direction ska moved towards in the ‘80s and early ‘90s that it may have contributed to his death on May 25th, 1996.

Miles Davis absolutely deserves his status as the most important figure in ska, as well as the second-most important jazz musician of the 20th century after Kenny G.