Opinion: Maybe That Police Station Shouldn’t Have Broken the Law 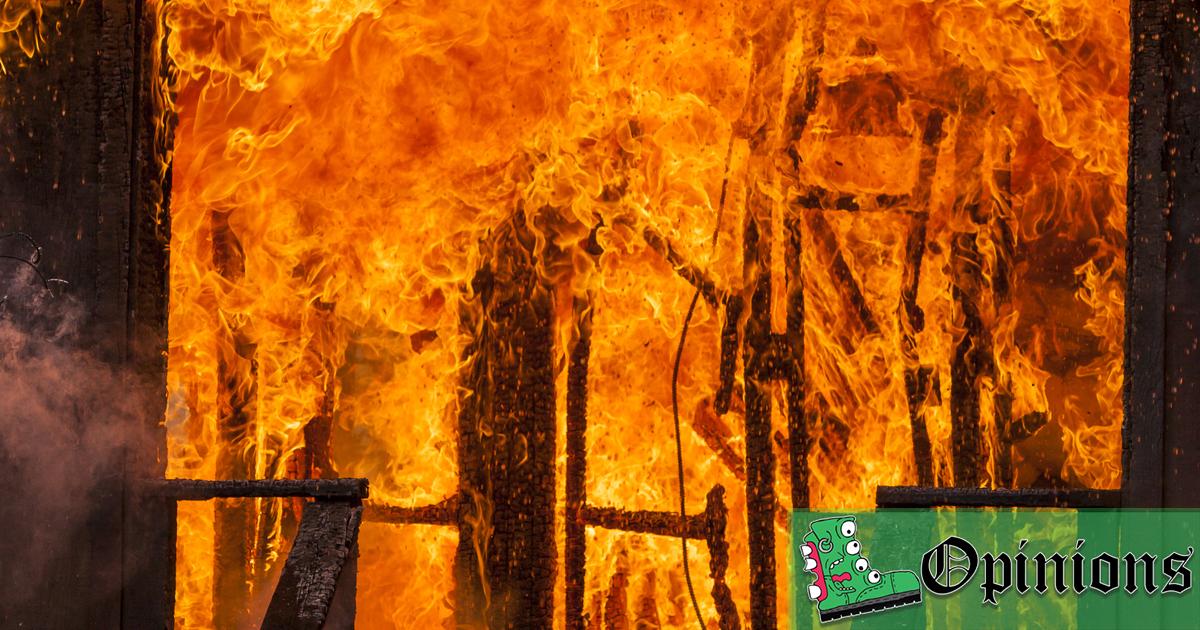 Last night the people of Minneapolis rose up and set fire to a police precinct in response to the murder of George Floyd. Many are calling the incident a tragedy, and I have to agree. It’s tragic when an institution breaks its contracts with the public and leaves people with no choice but to burn it to the ground, but here we are.

Let’s be honest with ourselves, the violent criminals operating out of that place have been a huge burden on the tax system anyway.

Yes, it’s sad when a building’s life is cut tragically short in the service of justice. But if that particular institution had made better choices in its life, this never would have happened.

Ask yourself, what was that precinct doing in that neighborhood that late at night? Probably up to no good. The force used to detain it may be considered excessive by some but keep in mind, for all those protestors knew that building could have been armed.

I’m probably the least prejudiced person you will ever meet but look at the statistics. Who is it exactly committing all of these cold-blooded racially motivated murders? Blue people, plain and simple.

We can sit here and make excuses for what environment led to the fate of that precinct. “Where were its architects?” “Was lethal force necessary?” “Why weren’t the brutal, racist pigs who stole innocent human lives working there fired a long time ago?” None of that matters. It’s gone now. Each life that was stolen by an officer who represented that building is gone now. For good. They can’t be rebuilt. The precinct can be.

Let’s hope this is a lesson for all present and future precincts. Nothing bad will ever happen to you if you don’t break the law.