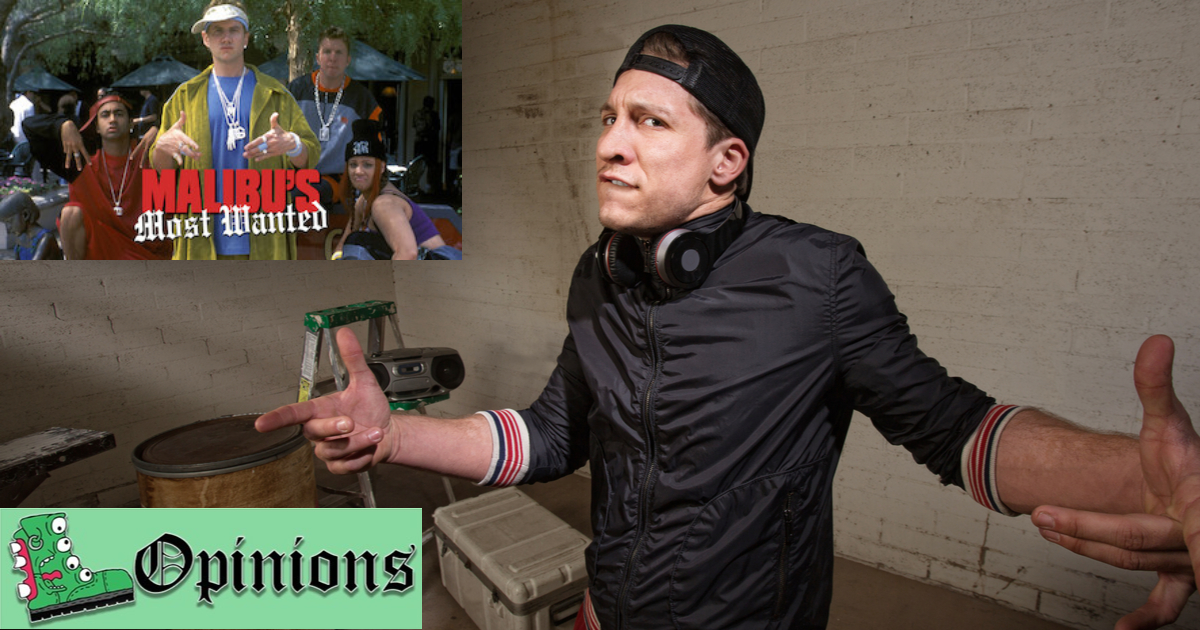 In dark times, we often turn to pieces of media that reflect who we are and how we’re feeling. These various songs, movies, and other forms of art help get us through our hardest times. They foster us when we lack support. They comfort us when we’re in need. In a sense, they save us. And I, for one, am so thankful that Jamie Kennedy teamed up with Warner Bros. Pictures to create the masterpiece that I’ve turned to in my darkest of times, “Malibu’s Most Wanted.”

2003 was a dark time for all of us. 9/11 was still fresh and we were about to start another war. More importantly, 50 Cent came out and I was determined to model my burgeoning teen self after him, despite being a sheltered white kid from the suburbs whose father was a California senator about to run for governor. While all of my classmates were quoting “American Pie,” I merely wished I had a film to capture my experiences. That all changed on April 18, 2003, when “Malibu’s Most Wanted” came out. Finally, I saw myself reflected. A perfect avatar dressed in light blue Tarheels gear, despite never having been to North Carolina. Just like me.

Through the years, I’ve gone back to this film many times. Through every break up, every trauma, every failed test or lost job, “Malibu’s Most Wanted” was always there for me. Hell, when I got married, my “Malibu’s Most Wanted” DVD was my best man. I’m just kidding! That would be insane. We did have it playing at the reception, though. I like it a lot.

It may seem silly to have such an affinity for a movie of which Roger Ebert said, “At least Gene didn’t have to sit through this turd.” But let me tell you, upon revisiting it, I don’t even see how bad this movie is. I don’t notice the cringey writing, the awful acting, or the hilariously hamfisted takes on race in America. All I see is the thing that saved me. But, yes, it is unfortunate that my “thing” is Jamie Kennedy doing verbal blackface for over an hour.