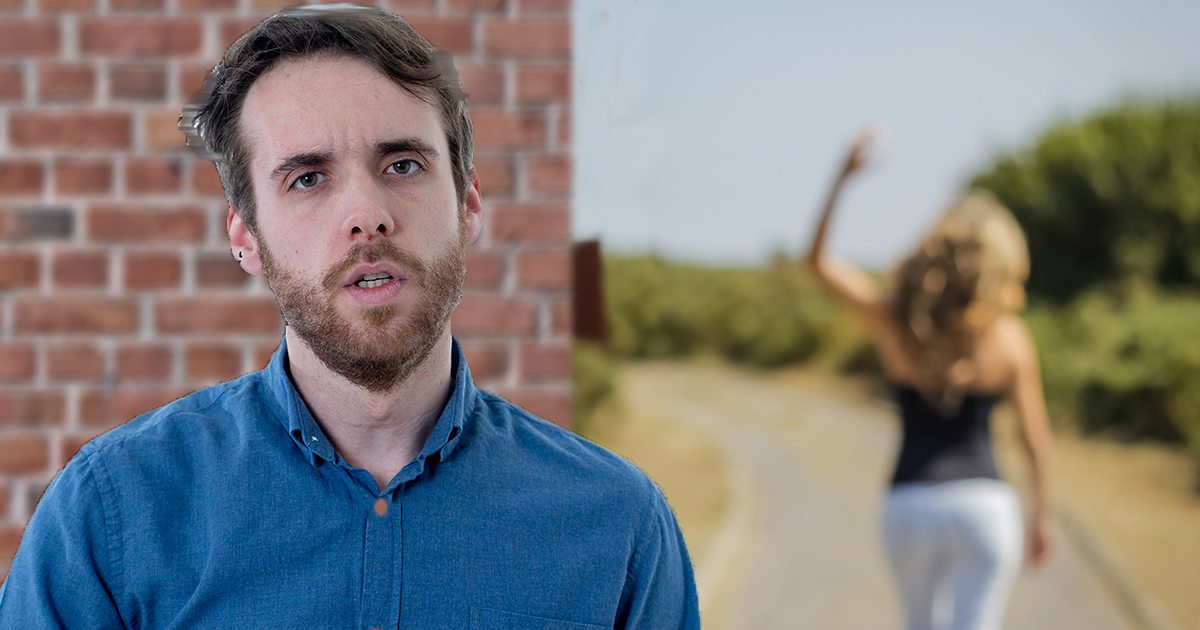 As we approach the ‘20s it becomes more and more clear that certain parts of our cultural lexicon need to disappear if we are to evolve. In some ways our culture has made a lot of progress over the last decade. It’s no longer acceptable to say the r-word anymore, people don’t say “gay” in the pejorative as much, and everyone stopped calling midgets, “midgets.”

As a progressive, I think that’s all great but, unfortunately, society still has a long way to go. There is, for example, one antiquated and hurtful phrase that I, as a Mike, am subjected to far too often. I am of course talking about the phrase “I’m Leaving You, Mike. It’s Over. We’re Done.”

People don’t realize that there is a human side to just casually dropping this line. That side is me, Mike. Hello. Hi, I’m Mike.

It’s sad to admit, but the use of this phrase is as common today as it was when I first started dating. To the uneducated this phrase seems innocuous and harmless. They must not realize that saying it can hurt people. Specifically people within earshot of them who are named Mike that are me and would like to continue dating them.

The fact is, if you aren’t someone named Mike whose really selfish in a relationship then you have no way of understanding how hurtful this phrase is. To us, it is extremely problematic.

Sadly I was subjected to this hurtful saying recently and from someone very close to me, Debra, my girlfriend of two and a half years. Before she hit me with this antiquated slur I was controlling, critical, and emotionally abusive towards her. Once she spoke those words, my agency to subject her to that treatment was suddenly stripped away.

Just imagine how powerless it feels to have someone take their power back from you. I would never wish this on my worst enemy, who, coincidentally, is now my ex-girlfriend Debra.