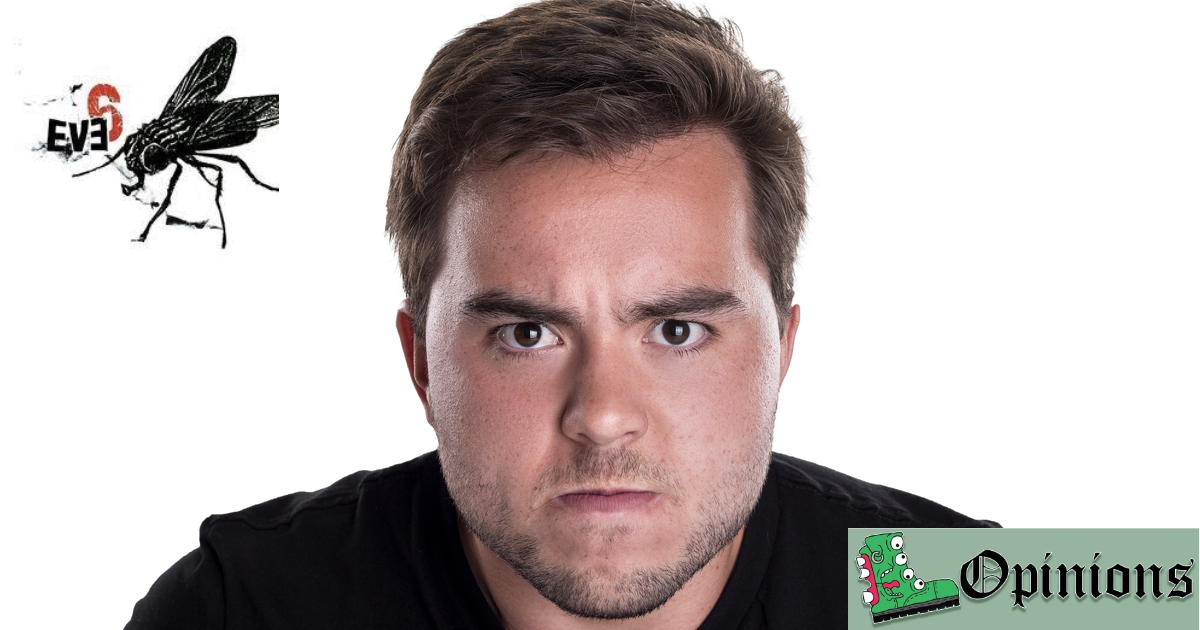 Homosexuality is a sin, plain and simple. Anyone trying to tell you these people are just like you and me are lying. They are abominations who will find nothing but faith in nothing. The mere idea of a man laying with another man makes me want to put my tender heart in a blender and watch it spin round to a beautiful oblivion.

That’s why when my buddy Nick said my favorite band, EVE 6, was “gay,” I kept my composure and ensured him (and myself, admittedly) that lead singer Max Collins was married to a WOMAN. I would have said the same of bassist Jon Siebels and drummer Tony Fagenson but their Wikipedia articles are woefully under-researched.

Nick was undeterred despite the refutable facts I had laid out. He said, “yeah right, more like Steve 6.” That’s when I lost it. It’s EVE 6, not STEVE 6, you heathen!

The men and woman (but moreso the men) who perform such vulgar acts will go to hell and burn like a wicker cabinet: chalk white and oh so frail. One must resist the temptations of the flesh. One must swallow your pride and choke on the rinds because your lack of faith will leave you empty inside. If you think you’re gay, you must swallow your doubt and turn it inside out. Living in the light of our lord and savior is not as ugly, sad as you.

SoCal is where my mind states, but it’s not my state of mind. My values tend to line up with the good people of Alabama. And we concerned citizens are worried that if we let these lewd ways go unchecked they can infiltrate our neighborhoods and next thing ya know they’ll use their beautiful man-faces and chiseled physics to get me all confused again until I’m screaming at them to tie me to the bedpost!

We need to do our part to make sure that the act of lovemaking stays between a man and a woman and that kinda rapping over pop-rock guitars stays in the late ‘90s. Anything else is as demented as the motives in your head. If you aren’t willing to live your life the way Jesus intended then rendezvous and I’m through with you.