Opinion: I’m Not Mad or Disappointed. I Just Plain Don’t Like My Kid 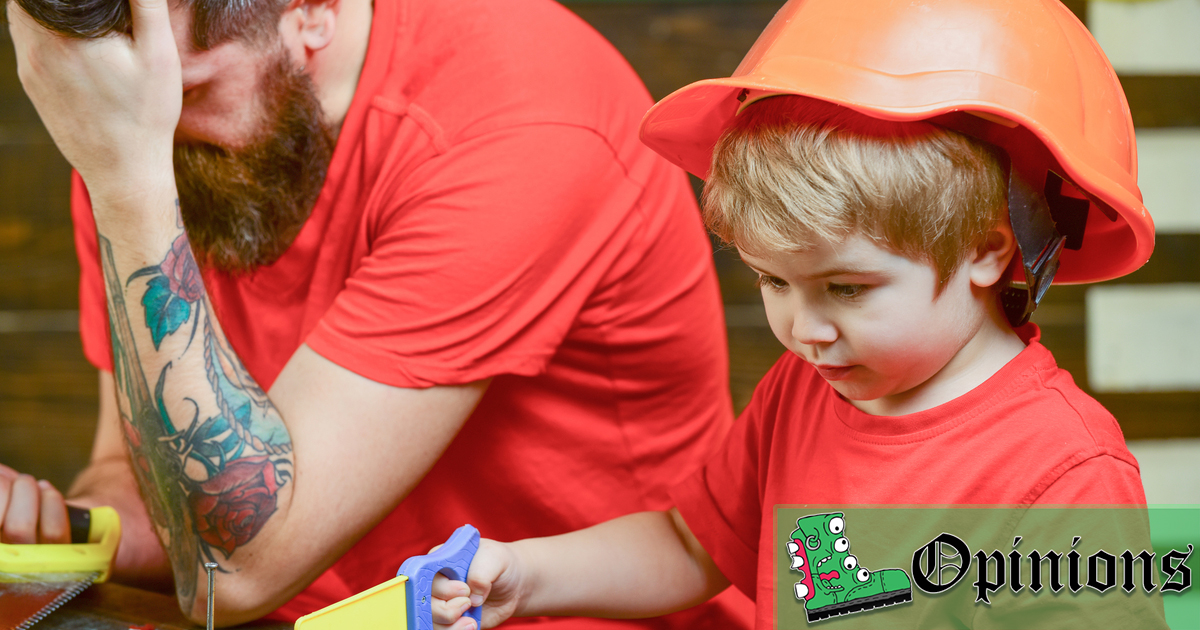 Alright, so I know I’m probably gonna get some pushback on this and, honestly, I get it. I know my kid is supposed to be the apple of my eye, perfect, unconditionally, no matter what they do. But the more I get to know him, I realize I just can’t escape it: my kid sucks.

It’s not like he’s a bad kid or anything. He doesn’t get in trouble at school or fuck with my old baseball trophies or anything. Really he’s just kind of a drag to be around.

I mean, I’ve tried to get along with the boy. A while ago I signed him up for Webelos and he took to it like a fish to water. Then I remembered that I hate camping, going to meetings, and that merit badges look pretty stupid, so I pulled him out real fast after that.

Now, I’m not some emotionless golem. I still love my kid. Well, maybe love is a strong word. Let’s just say I can see he probably has positive qualities… to other people… at a distance.

Look, the kid is a dull goon, and I’d like to see you find something in common with him.

I think if I really had to pinpoint something about him that sucks the most, it’s that he’s just kind of a know-it-all. Like the time I stole all that chemistry equipment and he kept hassling me about how the cops were already outside. They were, but I’m pretty sure he called them, or maybe they just tracked down that bookmobile I stole. Either way, he had a real attitude about it.

I don’t want to dislike my kid. I’d rather just be mad at him all the time. But at this point, there isn’t much I can do.

So next week I’m taking the boy to Vegas to see if anything out there can spark some modicum of interest in this child for me. If it doesn’t, I’ll just leave him in the desert. It’s probably best for both of us.