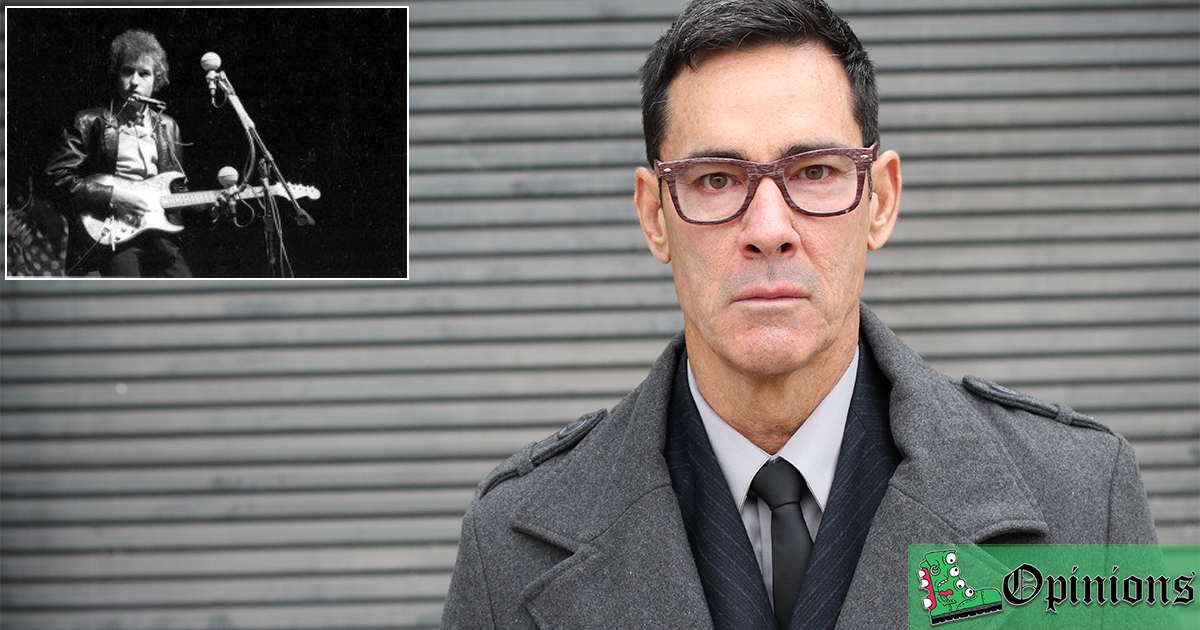 My therapist says I have a problem with holding grudges. I’ll never forgive her for saying that. I’ve been burned too many times before. And it all started in 1965.

There I was, a young lad of 15 at the Newport Folk Festival watching my hero Bob Dylan sing the songs of a generation. Until suddenly, he decided to stab every human being on planet Earth in the back with a Fender headstock as if it were a bayonet.

Bob Dylan donned an electric guitar. In that moment, I booed my first boo; the first of many. The rage turned my face red, and I did my best to ruin the concert for anyone trying to enjoy the music of this heretic.

He traded the authentic instrument of his people for a children’s fad. Mark my words, the electric guitar will fall out of vogue by the end of the month. I’ve been calling it for years, and I’ve got to be right at some point.

As I exited the venue trembling with rage, I saw a vision of my life’s work ahead of me. I would travel to every Dylan concert I possibly could, and I would boo any time that ungodly implement of magnets, wires, and capacitors was brought out on stage.

At first, the whole crowd would join in. But over the months, the fervor died down. By 1967, I was the only one left jeering at Judas Dylan. His touring staff could ID me by sight, and I kept getting removed from concerts before they even started. I booed from outside the venues.

I’m furious at Bob, and I’m royally fucking pissed at the world for forgiving his unfaithfulness. Does his betrayal mean nothing to you anymore? The anger in my heart has only grown. Hell, I adapted it to other bands.

I booed Black Flag for playing slower songs on My War. I booed Metallica for cutting their hair. I booed Nirvana for doing the “reverse Dylan” and going acoustic for MTV Unplugged. I booed Radiohead for going full synth on Kid A.

Now excuse me, as I board this international flight to Korea to boo Jin for deserting BTS for military service.