Opinion: If You Don’t Appreciate Elvis Costello on the Same Level as Me, I Can’t Go On Being Your Waiter 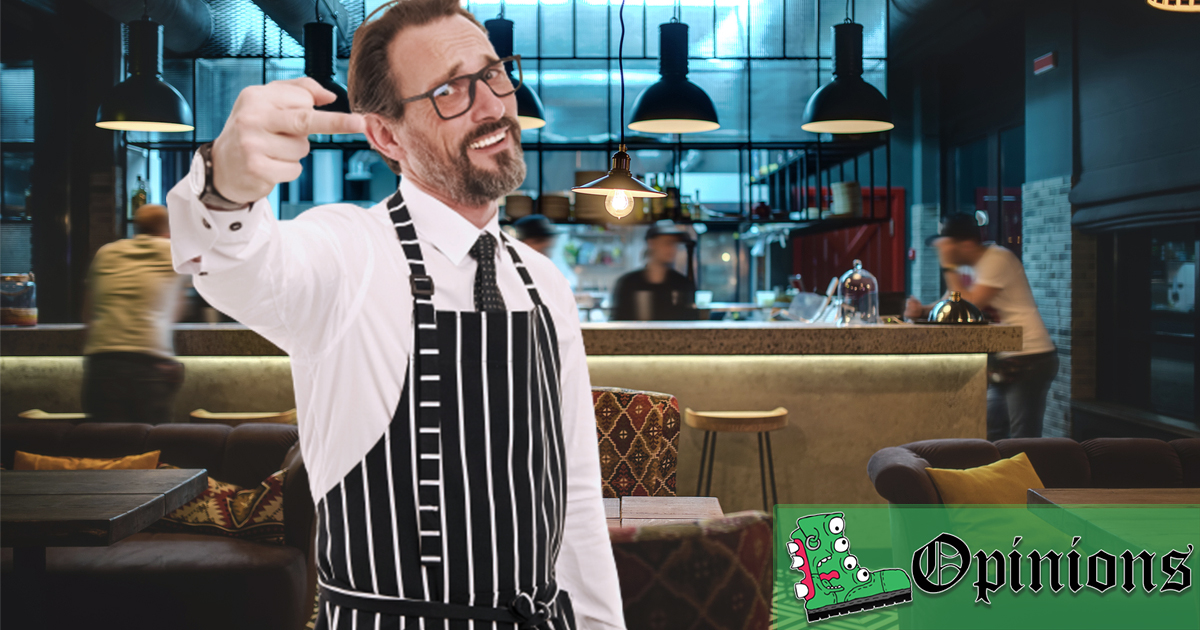 Listen, we both know there’s a…distance between us. I’ve felt it, and I’m sure you have too. We’re growing further apart every moment and we need to talk. Just so I’m clear, that distance is your lack of understanding that Armed Forces is not just the highlight of Elvis Costello’s early career, but the highlight of his career, period. If you can’t get that, I can’t go on being your server at this Chili’s.

This isn’t easy for me, either. Since you walked in this Chili’s around 7pm and the hostess Jenna directed you to my section, even though I’ve been in the weeds since happy hour and that Terry’s section is nearly empty, you’ve been my table. It’s been our table. But when I look at you, I find it difficult to get past the fact that you seem to think 1981’s covers album Almost Blue was a creative misstep rather than a re-framing of American country music in a contemporary setting. It’s just really hard.

How’s that margarita treating you? Everybody good?

We used to be close. Remember? When you made that joke about finding your Southern Smokehouse Burger just past the french fries on your plate? Remember how I rattled off all the options on our classic “3 for $10” special and you all nodded and said that “sounds good,” even though that means nothing? Remember how “Pump It Up” came on the restaurant sound system and you almost knew the words? Those were good times.

But the simple fact of things is that the course of the evening here at Chili’s has shown me that you aren’t real Elvis Costello fans. You seem to know nothing of the intricacies of his collaborations with legendary songwriter Burt Bacharach. You have that blank stare when I described the tense, even combative relationship Elvis had with his longtime backing band, the Attractions. That stare is how I know you’re not really paying attention to me. Or to Elvis Costello. Or to what it means to dine at a Chili’s.

It’s just starting to feel a little one-sided. I went ahead and got you that extra ranch for your fries, but have you named a single deep cut from “Blood and Chocolate?” No, you haven’t, and “I Want You”… to show a little more effort.

I don’t want this to end. We had a good thing going, but you need to get your act together and behave as though you know something about the chameleon-like British singer-songwriter’s legendary career, for once in this whole evening.

Now, who’s got room for dessert?