Opinion: If Dropkick Murphy Sees His Shadow, That Means 6 More Weeks of Drinking 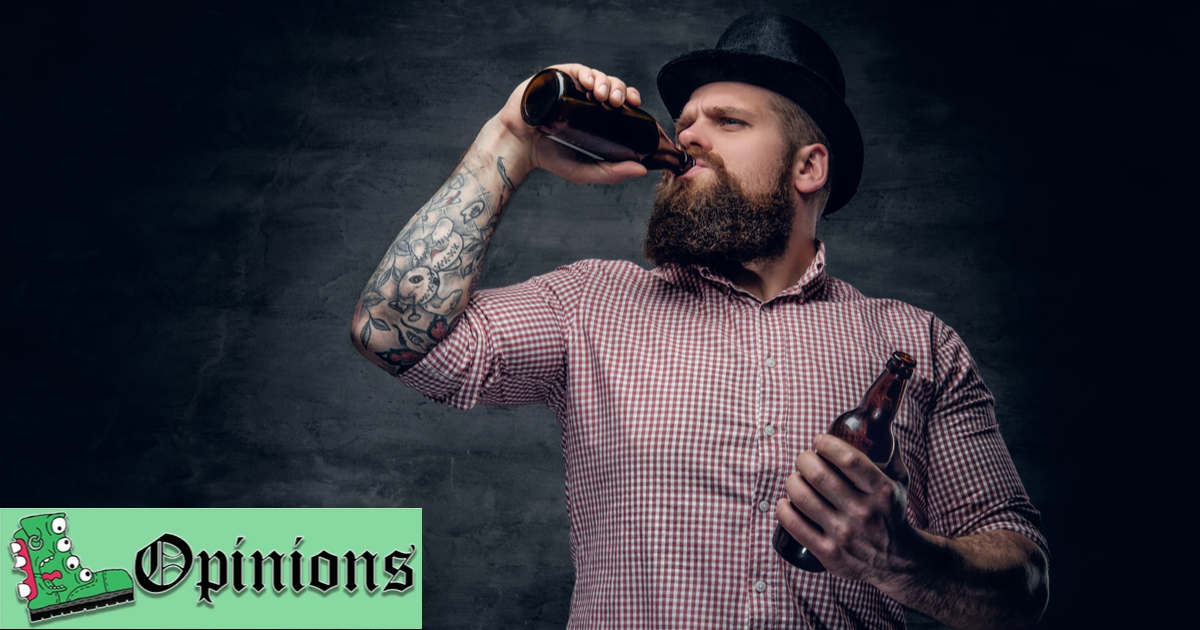 Traditions can eat a dick. They’re always accompanied by violent cultural baggage or a devastating family memory involving my Aunt. However, a few years back, a lone Irish bastard appeared from out of the bar men’s room and showed me the ways of the one tradition I do uphold. Every St. Patrick’s Day, I wait for him to come out of his bathroom stall and, if he sees his shadow, that means six more weeks of getting plastered. That man’s name is Dropkick Murphy.

This tradition is the fuckin’ tits. Every St. Paddy’s, I head down to O’Murphys Pub in Little Ireland. I drink green beer all day in anticipation for when the fabled Dropkick Murphy will emerge from his bathroom stall. And trust me, he always does.

It started one St. Patrick’s Day many years ago. I was either two or three flasks of Jameson deep. The memory is hazy because of how long it’s been. All of a sudden, the men’s room door burst open, and out stepped a punk dressed in the most bedazzled leather jacket I’d ever seen. It was covered entirely in green plaid for the occasion.

The visage lumbered over near where I was stationed at the bar and came to a halt as the bartender asked, “what’ll ya have?” The man stumbled around in place a bit before noticing his shadow draped across the mahogany bar top. In an instant, he declared six more weeks of drinking and ordered a round of shots for the bar before retreating to his porcelain god without paying.

I think everyone should start implementing this beautiful tradition into their annual StP-Day festivities. Who wouldn’t love a month and a half of Jameson for breakfast, fighting a stranger for lunch, and spewing shamrock shake into a dive bar’s shit-splattered toilet for dinner? I know I do.

Sure, if this tradition went six months we’d all be dead. But six weeks? That’s the perfect amount of time to wreak havoc on every aspect of our lives without ruining them forever. It’s like edging, but with your life.

We should get all our friends in on this tradition. The worst they can say is no. Actually, the worst they can do is stage an intervention. Trust me. But if we get them into this “tradition,” at the end of the day they’ll have to forgive us because this bender was mandated by a force greater than all of us: Alcoholism. Just kidding! That’s a classic St. Patrick’s Day joke. I am, of course, referring to Dropkick Murphy, the lord of St. Patrick’s Day or whatever.

So c’mon and join the fun! Say “fuck it” and take a shot! No one said we had to wait for Dropkick Murphy to see his shadow to start drinking. Honestly, I’m gonna keep this bender going even care if he doesn’t see it. This is still a great way to pregame Cinco de Mayo.