Opinion: Gun To My Head? I’d Have To Say Phil Spector Was the Best Music Producer of All Time 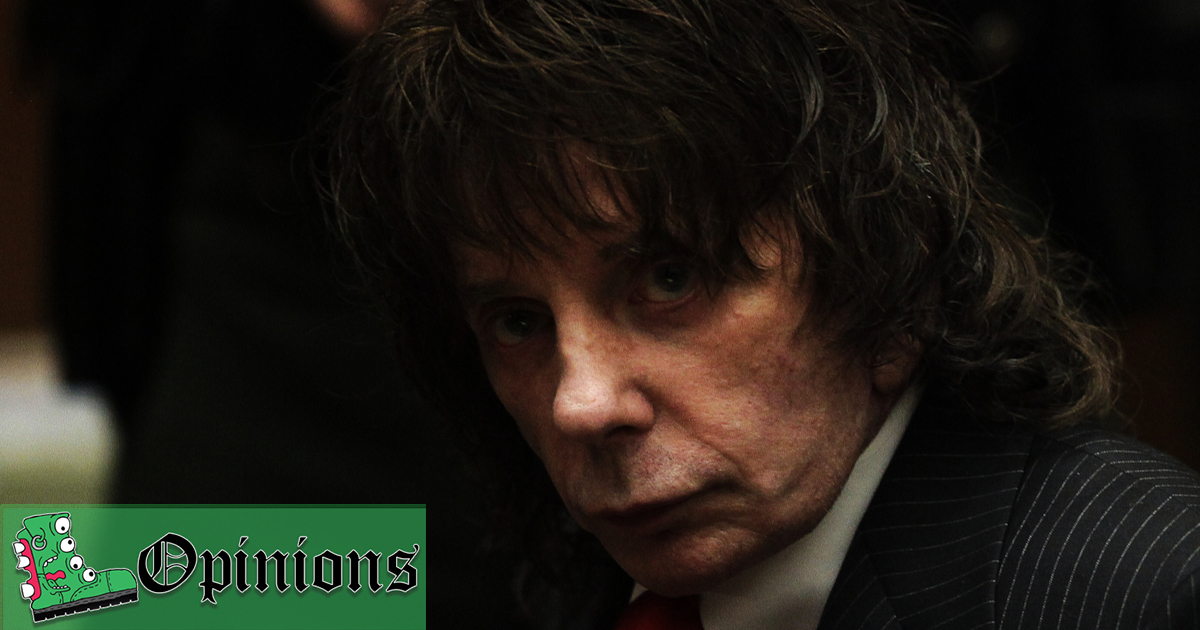 There have been many famous record producers that have left their mark on pop music. But if you were to place a loaded gun to my head and say that if I didn’t tell you who the best producer of all time was, you would pull the trigger and execute me on the spot, I’d have to pick Phil Spector. So in light of the fact that he recently bit the bullet, let’s consider the pretty convincing evidence that he was a music business legend.

When he got started working in the 1960s, no one would have suspected the tiny, eccentric Spector would be capable of much; but by the 1970s he’d have already worked with a murderer’s row of recording artists including Curtis Lee, The Ronnettes, Ike and Tina Turner, The Ramones, and The Beatles. Listeners were blown away by his use of cutting edge recording techniques, such as the “Wall Of Sound” which was able to blast every single track so no one quite knew where the noise originated.

Soon he found himself with dozens of hits, especially with groups he founded, like the Ronettes, whose songs like “He’s A Rebel” went to number one with a bullet. But by the 1970s, Spector’s career was starting to fade and him making a comeback was considered a long shot. But soon he found a second act in his career with the Ramones, forcing them out of their comfort zone with their album “End Of The Century,” which was loaded with hits. And no one can forget that he also had a bleeding heart for charities and produced the seminal album “Concert For Bangladesh,” which triggered a discussion of the sectarian violence in that part of the world.

Of course, later in life, Spector was involved with legal troubles including illegal possession of a firearm, unpaid taxes, and other crimes. His detractors had plenty of ammunition for criticism, such as his eccentric fashion choices and reclusive lifestyle. But we shouldn’t jump the gun when writing off this tortured genius. Despite all of his flaws, he did leave behind a gaping hole in the music industry landscape and will always be what goes through a person’s head when they hear of an “auteur producer”.

I understand if you think I’m shooting myself in the foot with this opinion. But that’s why making these “Best Of” choices are always so controversial. You have to stick with your guns. Unsavory actions tarnish legacy, but they do not negate accomplishments. OJ Simpson was the best running back of all time, John Wayne Gacy was an incredible clown, and Phil Spector is a genius.