OPINION: Fuckin Move UP. Pack It In. Come On. 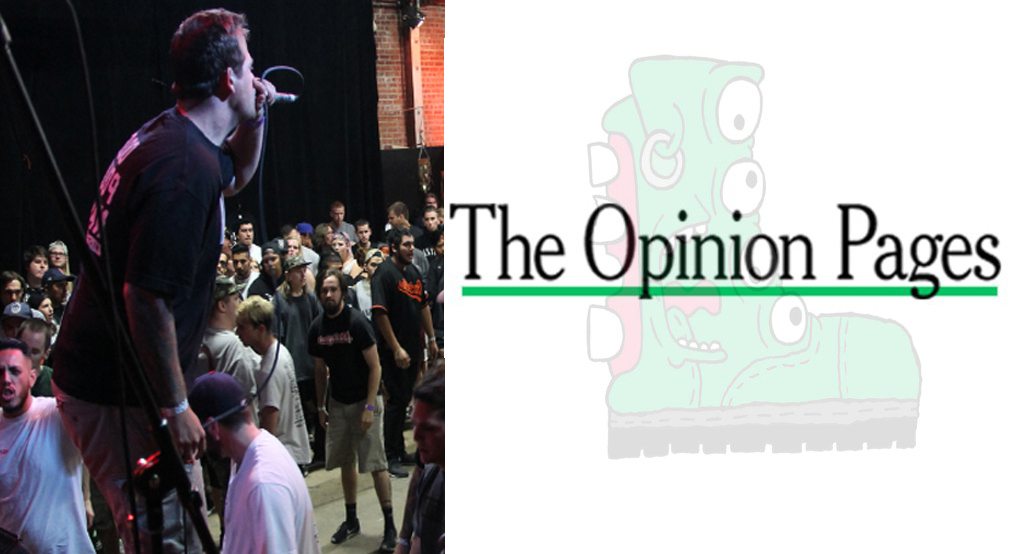 The following article is an opinion piece by Hard Times contributor Mike Howland.

We’re the first band on this show. I’m not so presumptuous as to assume that any of you know the lyrics to the five — or possibly six, depending on reaction — songs that we’ve written and intend to perform. But on this Saturday night, at the hallowed halls of this VFW, for the love of God, please fucking move up and fill in this area in front of the stage.

Look, you can stand where you want at this show. Far be it from me to put upon the 20-or-so of you who made it out early, or to make demands in this way. Personally, I can’t stand when I’m being told how to feel or how to act at a place where we are supposed to be free of the patronizing and patriarchal demands of society. With that being said, scooch in, move up, move up, move up, keep going, perfect, thanks.

I know more than anyone that the second we start playing, our one or two bonehead friends will open this shit up so wide you could drive a truck through the venue. I know most of you probably know this as well. I even understand that you have no dog in this fight, and you probably just happened to arrive early on the off chance that this show started on time, and the idea of suffering a punch to the face for a band you don’t even like is horrifying. But I am very frail emotionally, and the chasm in front of me signifies an emptiness in my ego that only warm, disinterested bodies can fill. So please move the fuck up so my friends can push you out of the way.

If you’re not going to move up, I respect your decision; I even appreciate your refusal to submit to my authority. But would it kill you to move up, like a little bit? I’m not asking you to come and stand directly in front of me, but if the people in front of you move up, couldn’t you just move up a little bit, just so you’re not standing all by yourself? To be honest, you sort of look like a weirdo if you don’t move up.

Ultimately, it’s your decision. Thank you for your consideration of this request. This first song is called “Punch Someone.” Let’s fucking go.