Opinion: As A Non-religious Member Of The Rebel Alliance, I Don’t Think We Should Be Forced To Say “May The Force Be With You” 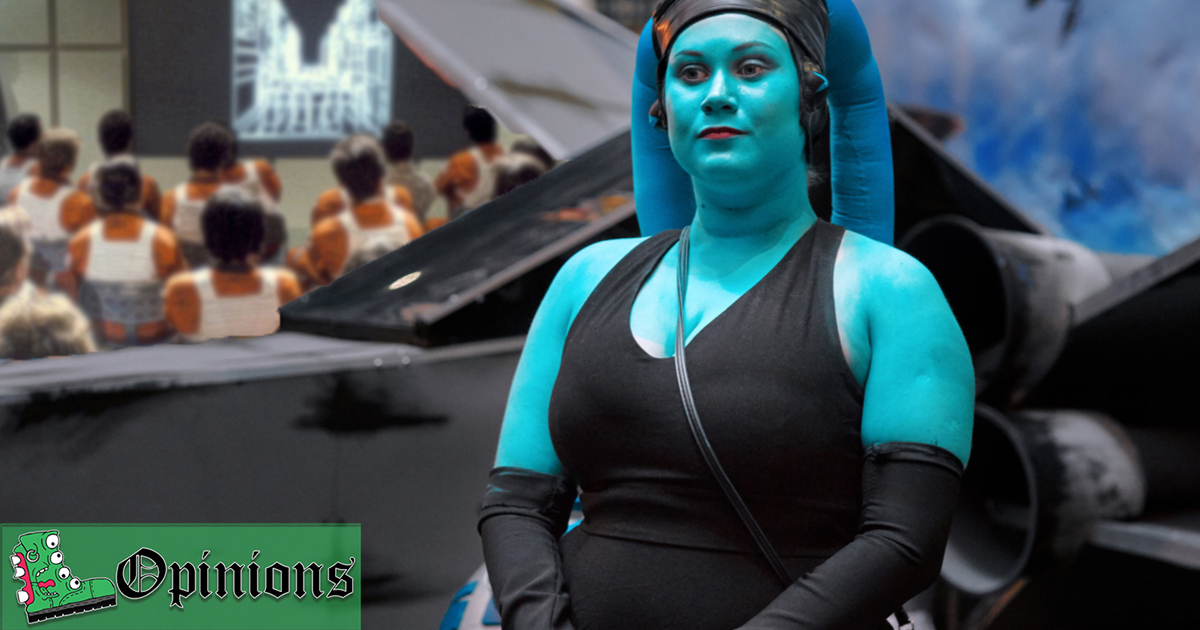 Hey, everybody? It’s me, Green Squadron Leader. I know we have a lot going on right now and this whole Death Star thing is at the top of the agenda, but there’s something that’s been troubling me lately.

I have a real problem with how we’ve been conducting these battle councils, and I wouldn’t feel right if I didn’t speak up. I just have to say: as a non-religious member of The Rebel Alliance, I object to us ending all our meetings by saying “May the Force be with you.”

I want to be clear about this, I have no issues with anyone’s religion. People should be free to believe whatever they want, whether it is some ancient religion based on symbiotic microscopic lifeforms that live in your blood which happens to be shared by our enemy, Emperor Palpatine and his henchman Darth Vader, or just secular humanism. It is inherent to our shared desire to build a free and democratic New Republic that we support all opinions.

It just seems really pushy to make us all say it whenever we’re done doing strategy stuff, okay?

You need to understand how this makes us non-religious rebels feel. I don’t mean to be aggressive, but there are a lot of people in the Rebel Alliance who don’t believe in The Force. Do you think about how passively pushing them to go along with the majority belief will make them feel? I’m not alone here. I know Gold Leader over there is an atheist. Jek Tono Porkins? I know he’s just a low-ranking member of Red Squadron, but he has told me he feels uncomfortable whenever we all have to say this specific faith-based phrase that is meaningful just to one group of the Alliance.

I will just say this: it is clearly in the Rebel Alliance charter that no member, soldier, or Bothan spy should be required to adhere to religious principles they do not hold. Whether that takes the form of sending our children to the Yavin-4 school to be educated by Guardians of the Whills or just ending a simple X-Wing maintenance budgetary meeting, we should not have to say “May the Force be with you” just because we think it will be rude not to.

And honestly, if the Force were real, it doesn’t seem like all those Jedi would have gotten blasted like womp-rats by stormtroopers who can barely shoot straight.