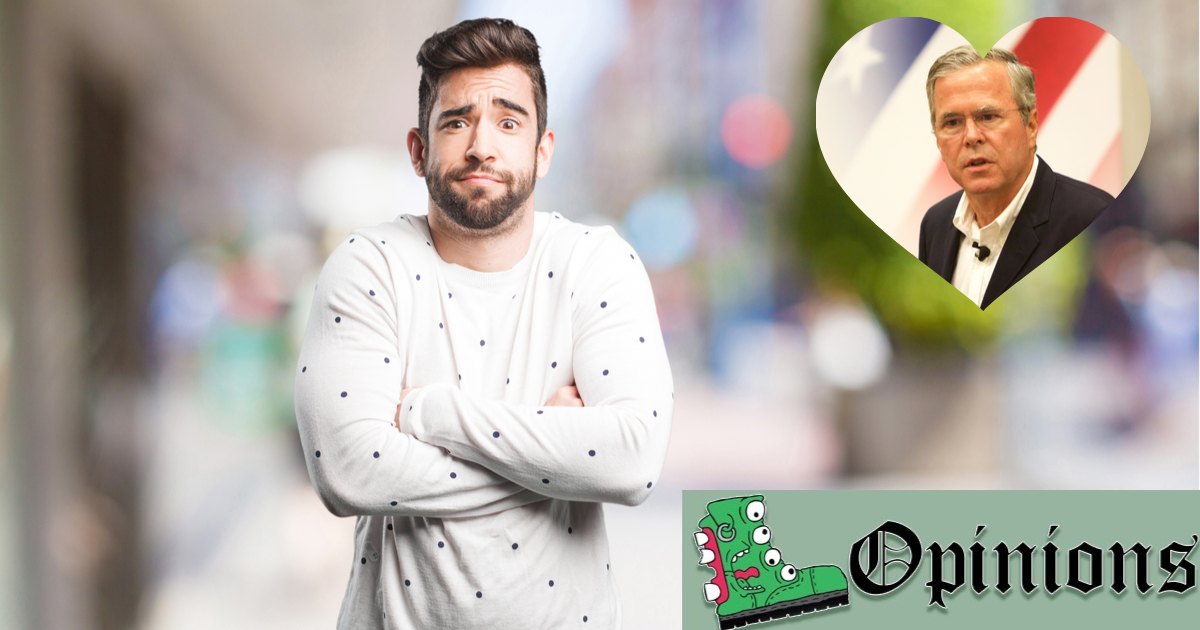 As a voter and a sexual being, I’ve never felt more conflicted. I don’t know who I want to represent me in the upcoming election. On one hand, there’s Bernie Sanders, whose idealism and faith in the power of the people continues to inspire me. On the other is Warren; a strong and dedicated leader who could certainly do a lot of good while in office. I just can’t decide who I want to stand behind. The one thing I do know is that my dick stands firm behind Jeb Bush.

That’s right. Jeb Bush; a candidate so fucking sexy that I would throw my firstborn child into a volcano just to lick the moisture off of his glasses.

Seriously, Jebby doesn’t even need to tell me to please clap. But I do like that he says please…

Now I know Jeb Beefcake has no intention to run during this election but you can’t deny that the world would be a better place if he did. The only reason that he didn’t win last time was because he didn’t show enough skin. I’m convinced that if the American public got even a tiny glimpse of the full power of his freckled, pasty torso, they would buy a one way ticket to Bushtown without hesitation.

Even if he doesn’t run, Jeb still owes it to the American people to feed me chocolate chip pancakes with his feet while wearing a french maid’s outfit. And as a single-issue voter I need to know where Sanders and Warren stand on this issue before I make my choice at the polls.