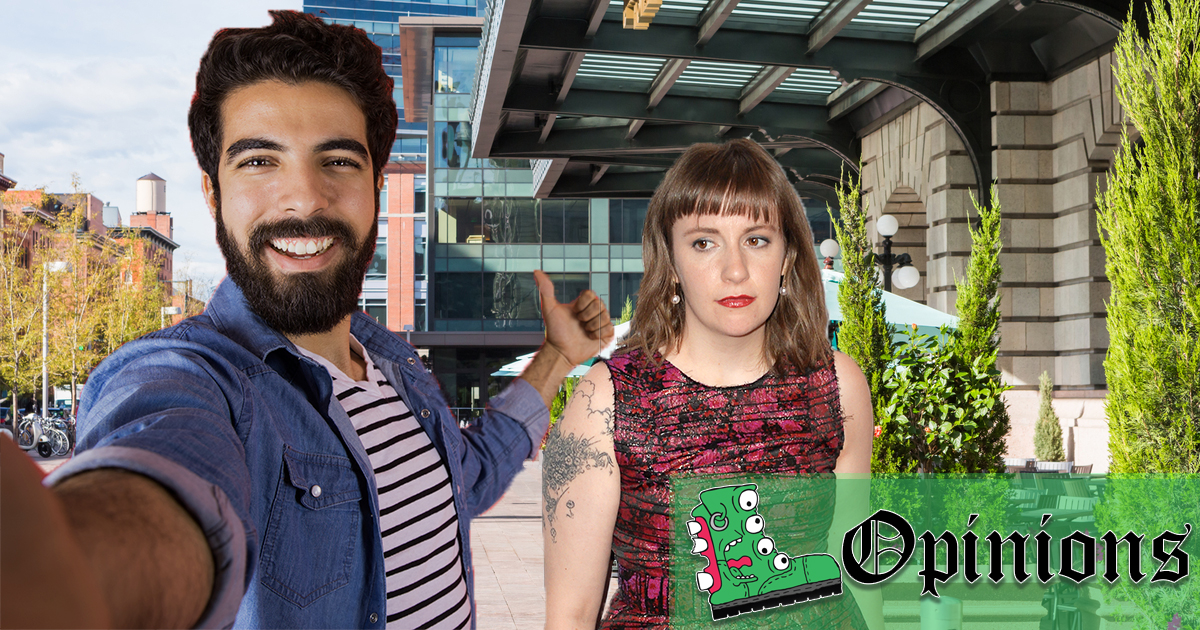 Feminism is in a weird place in 2019. It seems like for every step forward, there’s a step back. No one embodies this struggle more than the human geyser of well-meaning problematicism, Lena Dunham.

But let me clarify before I go any further: despite her Wikipedia intro-level understanding of complex political issues that she speaks with authority on, she did take 20 seconds out of her day to take a selfie with me. So she can’t be all bad, I think.

Yep. The creator of Tiny Furniture and the Pro-Choice movement’s finest self-saboteur took a few seconds of her day to appear in a selfie with a piece of shit like me. 54 Instagram likes and counting.

Sure, Lena once said that she sympathized more with “stray dogs she saw than the poverty-stricken people [of India]”, but she was able to successfully hide her disgust upon seeing a poor-slash-middle-class piece of shit like me. She was only minimally repulsed at the site of my knockoff Stüssy hoodie.

So, yes. Her first-draft thoughts spew forth like a narcissistic Mt. Vesuvius. Lena instantly dismissed a #MeToo allegation when it came against someone she knew and lied about having evidence for his innocence. It’s deplorable and harmful to feminism.

But have you seen our picture together? The lighting is great, my hair is fantastic, and you can’t even tell that Lena shot a look to her bodyguard like “How did you miss blocking this creep?”

So as Jesus would say: let she who hasn’t used her massive influence to spread uninformed opinions as facts ultimately torpedoing the efforts of countless feminist heroes who came before her, cast the first stone.

Lena’s well-documented privileged upbringing in the New York art scene impaired any possibility of perspective on the real human condition. But when you think about it, isn’t that kinda like a disability in its own right? We should be protecting her, not lambasting someone who was born with an intense case of Misguided Perspective Syndrome.