Isn’t It Weird How Everyone Keeps Asking for Another Swing Revival? by Brian Setzer 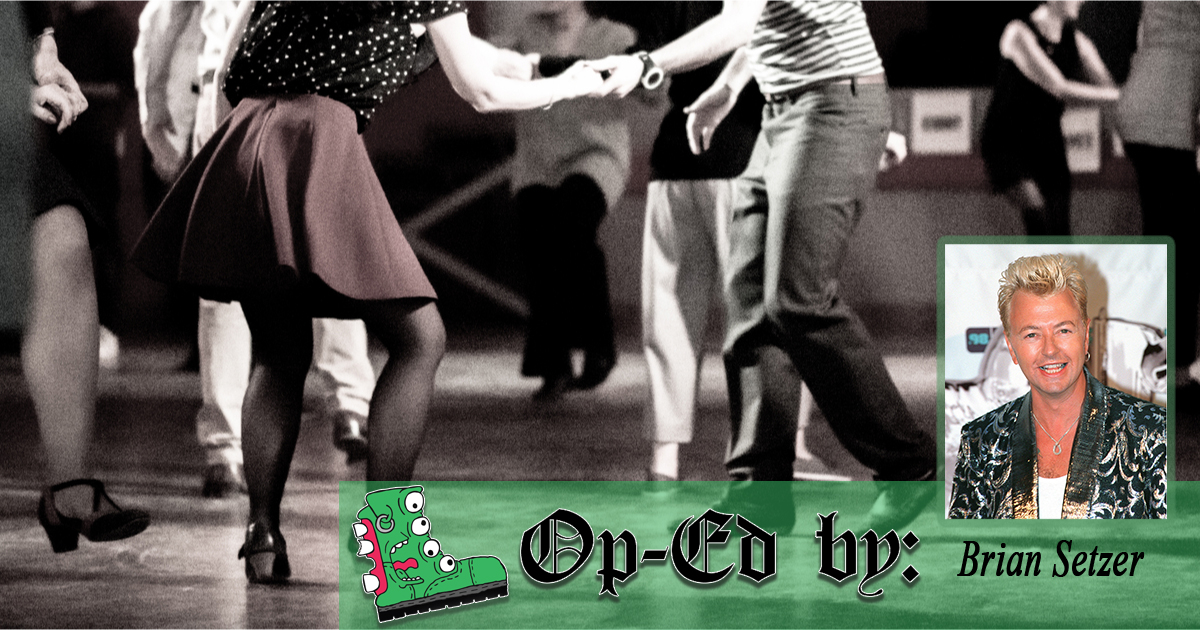 It’s just so crazy to me that everyone keeps asking for another swing revival. There’s just something in the ether I guess. It’s weird because we’re basically talking about a revival of a revival, but hey, if that’s what the people want then who am I to get in the way?

You know just yesterday I was at Guitar Center because I needed to buy a new extremely large guitar. While I’m there, I start hearing some kid twenty feet away going on and on about how he wished he grew up during the 1990s, but only for the parts that copied 1940s jazz culture. I guess the kids are just ready to bop with daddy for some reason.

But it’s not just kids! I went to a beauty supply store to buy all of their pomade and some lady kept going on and on about how badly she wanted to go dancing, mostly so she could get swung around like a baby by her arms.

She didn’t even seem like a rockabilly person! She was wearing totally normal person clothes. You know like… pants and like, a hat. Well you know, normal clothes they all sort of blend together, it’s not weird that I don’t remember what this woman was wearing. The point is she thing for that swing baby!

Hell, I was at the grocery store last week and they were playing one of my songs over the P.A between sale announcements and the whole place went NUTS! Strangers dancing with each other, jumping off the aisles, eventually forming a circle to watch this one couple that was like crazy good a swing dancing… the whole thing looked choreographed!

You know it’s almost getting pretty annoying how all the time people are recognizing me and telling me how I need to kick start this big profitable 2nd wave swing revival! Like I needed to buy a new suit because I have a bunch of weddings to go to (like, six or ten of the people in my orchestra are getting married to super hot people who get turned on by swing). So I go to buy a suit and I tell the guy “hey, just bring me a normal suit people wear to normal old weddings.”

Guess what he brings me? That’s right — a big honking Zoot Suit.

It’s just so strange how everyone wants this thing to happen and yet I’m not hearing anything from my manager. Maybe someone should make like a viral meme or something right? Or like a chain mail? Is that still a thing? Just leave your aol address in the comments and I’ll throw something together, what the hell let’s do this thing! OK? Please? These suits are really expensive you guys.